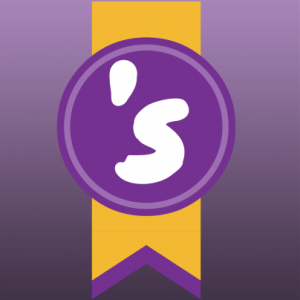 Apostrophes play a big role in writing the English language. Not so much in an “understanding the meaning” kind of way, but more of a “proper punctuation” kind of way. If you forget the apostrophe when you write contractions like you’re, don’t or isn’t, most people will still know what you mean. Your punctuation will just be incorrect, which reflects on the overall quality of whatever you are writing.

The apostrophe ‘s’ rule is one that is easy to get wrong, even when you know where it should go and when. Here is a basic explanation with some examples to help you along.

One of the main areas of confusion when it comes to the apostrophe ‘s’ is where to put the darn thing. You’ve seen it before the ‘s’ a ton of times, but you’ve also seen it after the ‘s’ and times when it isn’t used at all.

When you use an apostrophe before the ‘s’ it is to show singular possession. That means one person owns an object or an idea or an emotion. “Jimmy’s truck” or “the lady’s thought” or “Mrs. Smith’s happiness.”

So what if you’re using a proper name in the possessive form that already ends with an ‘s’? This one can go either way. Sometimes you’ll see an extra ‘s’ on the end with an apostrophe and sometimes you won’t. Both “Mr. Jones’s car” and “Mr. Jones’ car” will work.

If two people possess the same thing and you are showing this within the sentence, then you place the apostrophe before the ‘s’ on the second name. “Tom and Mary’s condo” or “Tom and Mary’s happiness.”

Using an apostrophe after the ‘s’ seems less common, and that is likely because it only occurs when showing plural possession. “Four writers’ computers” or “Two girls’ dresses.”

The key is to make the noun of the sentence a plural first, and then use the apostrophe immediately after. This also works when using a proper name, but showing plural possession. “The Smiths’ children.”

Before you get too apostrophe-happy, it’s important to note that some instances call for no apostrophe at all. Possessive pronouns such as its, theirs, yours and ours never need one, and the plural form of a proper name where no possession is being shown doesn’t need one. “We are going to the Smiths for dinner.”

These are some of the most common apostrophe ‘s’ scenarios, and following these rules will certainly help you out. If you think you need more help for any of your writing, feel free to give us a call.