What the Heck Is a Heteronym? 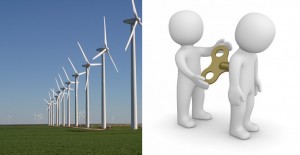 If you’re like most people, you’ve heard of synonyms, antonyms and homonyms. They’re part of the basic English curriculum in every school, after all. However, you may have breezed through every grade, learning more about grammar rules with each successive year and never heard of a heteronym.

What Is a Heteronym?

A heteronym is similar to a homonym, with one key difference. A homonym refers to two words that are spelled and pronounced the same but have a different meaning. An example would be dust and dust, as you can use it as a verb “dust the table” and a noun “the dust on the table.”

A heteronym refers to two words that are spelled the same, but are pronounced differently with different meanings. The homonym thing has the power to make a few heads swirl, but heteronyms can really make you squirrelly. And to make matters even more confusing, each pair of heteronyms take on different grammatical roles, sometimes within the same sentence.

Here are a few examples of heteronyms used within the same sentence. Read them out loud, and note the different pronunciations.

Wind – “She tried to wind her watch as the wind blew her hair into her eyes.”

Duplicate – “He tried to duplicate the process, so he could create duplicate copies for the class.”

Record – “The team tried to set a new record, so the league would record it in the history books.”

Excuse – “She wanted the teacher to excuse her from class, but he wouldn’t accept her excuse.”

Abuse – “That kind of abuse is only seen from people who consistently abuse their power.”

In each of the heteronym sentences, one use of the word is a noun and one is a verb.  Also, the way to tell the difference between the two is usually by emphasizing a different part of the word, but not always. Sometimes you just have to change the sound of the lone vowel, like in “wind.”

It helps to say the words out loud or at least speak them in your mind as you write, but if you’re confused by all these identical but different words, try not to get too frustrated.

There are a lot of heteronyms out there, so patience is key. If speaking your writing doesn’t help, ask for help in the office or at school, or give us a call and we will make sure it all makes sense.