As Canadians, we’ll always remember the 2018 Winter Olympics as a record-breaking performance. But we’ll also remember the PyeongChang games as a reminder of how important it is that French Canadian translation is respected.

During the second week of the games, officials from Hockey Canada allegedly requested that the public address announcer stop using the French Canadian pronunciation of the francophone players’ names because it was confusing to the audience.

Naturally, French Canadian lawmakers and influencers were less than amused. 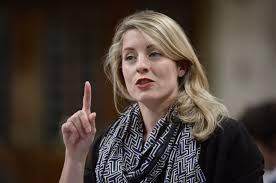 Mélanie Joly is not a happy MP.

Quality French Canadian Translation is a matter of respect. Period.

This has nothing to do with politics, separation or anything like that ¾ it’s safe to say that Canada is past that era. But just because the threat of Quebec independence is gone, this doesn’t mean Quebeckers should stand for a disrespect of their language.

The Quebecois community is proud of their language and heritage. And they’ve proven many times that they’re more than willing to force brands and organizations that don’t recognize this: consider the $6.5 million the Quebec government forced companies to pay to update their messaging. 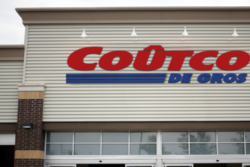 So if you want to do business in Quebec, you have to be prepared to play by their rules. And you should want to do that because according to RBC’s outlook, Quebec is an economy you want be in.

This starts with respect. And that starts with finding a quality French Canadian translation resource.

Finding a translation partner you can trust to be respectful.

A few months ago, we looked at what you should be looking for in a translation provider, and it’s worth a read if you’re still on the hunt for a partner. But what we didn’t touch on in that piece was the idea of respect. And this is important because a reader will be able to feel the respect (or lack thereof) in the writing.

The three qualities of a respectful French Canadian translation

It’s well researched: It’s not just the meaning of the text that matters. It’s how the message is being conveyed. Like any language, French Canadian has its nuanced phrases that give it colour. A quality translator will know what those are and be able to replace the English with the ri

It’s completed with care: This is true of all writing, but it’s surprising how many translations are full of misspellings, incorrect accents and other mistakes that disrespect readers and make them not want to continue.

It’s not France-French: French Canadian French is similar to France French, but there are distinctions. Here’s an excellent primer from a leading French language training schools

Quality French Canadian translation is harder to find than you might imagine. The internet is full of pretenders and automated services that don’t capture nuance.

We’re the opposite. Our translators are real people. They’re educated. They’re experienced. They can translate for any medium. And they respect the language.

Let’s talk about your translation needs.