Three questions to ask a translator before hiring them 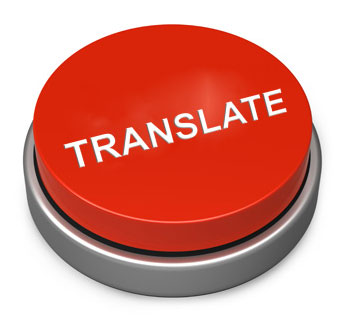 If you need a translator, you need a good one because language police dogs are always sniffing around looking for slip-ups. Offending the wrong person with a poor translation could lead to negative PR you don’t need or, or worse, a lawsuit you probably won’t win.

So as you source translators, what should you be looking for? Price is obviously a factor, but don’t make that your be-all and end-all. Because if you’re only interested in saving a few cents per word, you’ll wind up spending a lot more to redo a poor translation.

Here are three questions you should ask a translator before deciding whether or not to engage them in a translation project:

What language do you think in?

Even the most competent translator will have a mother tongue, which is to say they’ll have a penchant towards the nuances of that language. You want your translator to think in the language you’re aiming to translate into. So if you’re looking for English-to-French (E2F), you’ll want a Francophone translator. They’ll be able to understand the English well, but they’ll write the French perfectly. If you’re presented with an Anglophone translator for an E2F translation, you may want to rethink that.

Have you worked in my industry before?

A terribly time-consuming part of a translator’s job is hunting down the correct translation for industry-specific words. Since most translators charge per word, this effort won’t affect price, but will definitely affect delivery times. And if you’re rushing to meet a drop date, you can’t afford lagging. A translator with experience in your industry will already know these words (smart translators keep records of industry terms).

Can you commit to taking the job right away?

This is a bit of a trick question because the only answer you should be expecting is “let me take a look at the text and I’ll let you know.” An experienced, savvy translator knows there are far too many variables, like text complexity and subject matter. You’d rather have a translator who can take the time to confirm than one who says they can do something they can’t.

Once you find a solid translation partner you can trust ¾ and if you can’t verify the translation yourself, you have to trust them ¾ you’ll have so many fewer hassles and no risk of run-ins with the language police.