Talking to your Kids about English Class 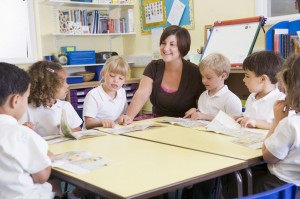 There comes a point in every high school student’s life when they wonder why they have to take English. “I know how to speak,” they’ll say. “And I know how to write.” How is reading The Stone Angel or another Shakespeare play going to help me?”

And you can say, “Glad you asked.”

Three reasons to appreciate this.

Firstly, when you have a job and a spouse and kids of your own and a dog and the gym, all you’ll want is the time to sit in a chair and read a book. So take advantage now.

Secondly, your writing style is shaped by what you read, and the curriculum is designed to expose you to the best of as many styles as possible. We talked about The Stone Angel up top. Margaret Laurence (writing as Hagar Currie Shipley) tells it like it is — exactly what people look for from CVs, cover letters, emails and texts. But then you’ll also read The Grapes of Wrath, which will train your vocabulary to describe the things you see. When you’re presenting to a room full of clients, you’ll want to be able to spin a yard descriptively. As for Shakespeare — any high-schooler who reads Hamlet will know, no matter what they’re feeling, that they’re not alone.

to, too and two being used correctly, the less likely you are to use it incorrectly. Same with your / you’re, it’s / its and heroine / heroin.

Poetry is about finding the best way to say what you want to say within the confines of an unforgiving construct. If you’re writing in iambic pentameter (ba DUM, ba DUM, ba DUM, ba DUM, baDUM), you have to know the word “wonderful” won’t work in your piece, but that “sublime” would.

In the real world you won’t find cadence-related restrictions, but character counts and word counts are everywhere. Poetry trains your mind to manage those restrictions and still impress. Your tweets, posts and blogs are all better when they’re shorter.

By dissecting a piece of writing, you’re mastering the art of thinking, reflecting and analyzing. Judging the quality of an author’s attempt at pathetic fallacy, metaphors and similes helps you judge the quality of any type of art later on in life.

Whether you’re evaluating a potential supplier’s pitch to you, engaging in conversation on a first date, strolling through an art gallery or in the audience at your nephew’s school play, having the ability to thoughtfully consider what you’ve seen and heard, and deciding if you like it, is key to both your understanding of the world and always having something to talk about.

Dan’s favourite English teacher was Ms. O’Brien at York Mills Collegiate in Toronto. His essays always smelled like cigarettes when he got them back, but the comments were always on point.

Who was your favourite English teacher and why? Let us know in the comments.

So You Wanna Be a Re:word copywriter 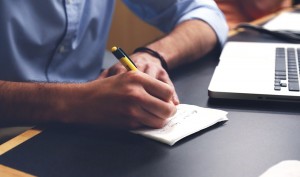 Sure, there’s metaphorical heavy lifting in copywriting, like when you have to find one or two words to (a) express a massive idea and (b) get your reader to take a specific action. Your brain will hurt. But your back won’t.

You’ll learn something new every day.

As a copywriter, your role is to assume the voice of the company. That means you have to know what they know, as well as they know it, so you can talk about it as confidently as they do. In the past year our copywriters have learned:

And that’s just the tip of it. We can’t think of another profession where you learn more about more. It’s awesome for picking up women at pub trivia nights.

That’s not to say that it’ll ever get printed or published. But we can promise that you’ll NEVER be fired for pushing the envelope. It’s a lot easier to pull you back than to push you farther.

Some of our clients will wish they were you.

Seriously. It’s quite the ego trip. And it’s 100% true. One day, you’ll show up to a client meeting at some stuffy office where everyone’s wearing pleated pants and collared shirts and the only sounds you’ll hear are the hum of the fluorescent lights, the clickity-clack of typing and the occasional phone. You’ll start presenting your work, and based on your tone alone, they’ll know when you leave it’ll be back to your funky office in the funky part of town, whereas they’ll be heading back to Beige City.

A lot of “office jobs” claim flexibility, but don’t deliver. Not so with copywriting. If you have a project due Thursday at 2:30, we won’t care where you are and what you’re doing until Thursday at 2:30 — as long as you give us something fabulous.

Ok, so those are the broad strokes of working for Re:word. Want to find out more? Drop us a line or give us a call.

How to Write a Resignation Letter 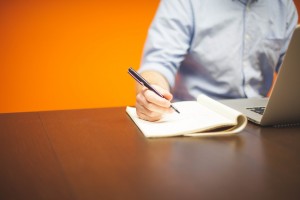 As much as you probably can’t wait to drop the bomb and get outta there, the actual drop itself can be a bit daunting when the time comes to resign from your job. You want to word it just right so you leave gracefully and don’t burn any bridges — unless you do want to burn them, in which case, burn away.

Ultimately, you’ve decided to move on to bigger and better prospects and should be a good sport about it. And as horrible as your job may have been, it’s a good play to leave on a positive note because you don’t know when you might cross paths with those people again.

When crafting an impactful resignation letter, you obviously need to watch your words. In all likelihood, they’re the last ones they’ll hear out of you. So make them good.

Be short and sweet.

Don’t beat around the bush. Get straight to your point and make it quick. The main point you’re trying to get to should be something like this:

Dear so and so…

My last day will be two Fridays from now.

Depending on how long you’ve worked at this particular place, this may not be the best policy.

If you’ve put in a decade or more, you may want to go into a few more details such as how you plan on helping them with their transition in finding and training a new person.

Want to drop the hammer in the most cathartic and profane way possible? Resist the urge and relish in the fact that you no longer have to deal with them. Keep a professional tone that shows no resentment or hate.

But if there’s something you want to get off your chest, phrase it in the form of respective constructive criticism. You’ll know what you mean and so will they.

Even if you have no intention of doing so, tell them you’d like to stay in touch for whatever they may need in the future: you never know when you might cross paths again (especially in niche industries). Keep your friends close and your enemies closer, right?