Which is the correct past tense? 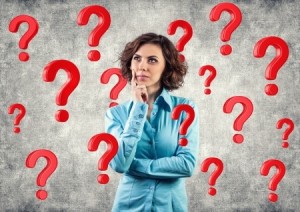 The following examples ought to clarify the confusion many have regarding which version of the past tense to use. There seems to be a misconception that one is correct and the other isn’t, however, this isn’t the case. It’s actually very simple. In most of the following cases, both versions of the given words are acceptable, wherein one (-ed) is more widely used in North America and the other (-t) is used more so outside of North America (the UK, Australia, etc.).

Both are acceptable past tenses of the word learn. It comes down to a matter of personal preference.

We learned something new at school today.

Don and Mike learnt how to use words in the past tense.

Much like the above example, both are acceptable and used in their respective geographic regions. In addition, dreamed is used in a more literal sense — to describe when someone slept and had dreams. Dreamt is generally used more figuratively — to describe dreaming of a concept or envisioning a fantasy in a more conscious state. However, these rules aren’t carved in stone. It wouldn’t be incorrect if you used these interchangeably within the aforementioned contexts.

Last night, he dreamed of running through a field.

I’ve always dreamt of owning my own business.

Again, just a matter of geographic location and preference. Be careful not to confuse the past tense of spelling a word (spelt) with the type of wheat.

Her last name was spelled incorrectly, as usual.

Tom spelt every word on his test correctly.

This is another example of interchangeability. In addition, burnt is used as an adjective to describe when something is burnt out, for example — not just as the past tense of something burning.

The meatloaf was burned to a crisp after she forgot to set the timer.

He felt really burnt out after an extra long workweek.

In this case, hanged is only used in the context of someone having been put to death by hanging. Hung is used in the past tense of hanging something.

He was hanged after the court found him guilty.

My mother hung my clothes up to dry.