Waste vs. Waist: Know Which to Throw Away and Which to Put a Belt Around 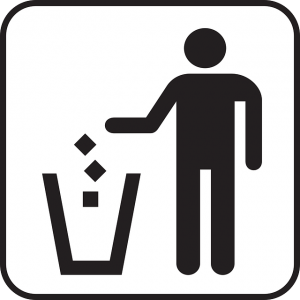 Having come across this mistake on more than one occasion recently, we thought it was worth bringing some attention to.

This is an example where autocorrect won’t catch your mistake. So, here are these two homophones, clarified:

Waste can be used as a noun, adjective and verb. It refers to waste as excess, misuse or garbage. It’s also the more widely used of the two. Here are a few examples that illustrate its meanings:

It’s such a waste to throw away half that pizza.

Don’t waste your time with that guy.

The truck unloaded a lot of waste material.

It’s a pity to waste away your youth like that.

Don’t let that sense of humour go to waste.

Here’s where it gets crystal clear. Waist (noun) has one simple meaning: the part of your body in between your hips and your shoulders. This is the only time where the use of waist spelled this way is correct. So as long as you’re clear on that, you don’t really have to worry about the others mentioned above. Here are a few examples:

Put a belt over that loose dress to bring in the waist.

He wrapped his hands around my waist and picked me up like he hadn’t seen me in years.

See, that was easy.

And remember, we’re always here to help if you need us.