The Run-down on Capital Letters 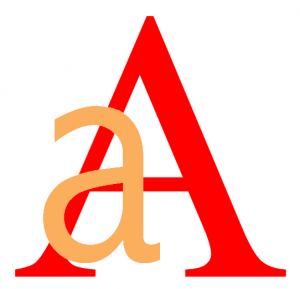 For the most part, distinguishing between when it’s appropriate to use capital letters is pretty straightforward. Places like the start of a sentence and people’s names are no-brainers. However, there are instances where people use them that aren’t always correct. For the sake of consistency, you should be aware of the right ways to capitalize. So here are the right times to use capital letters.

Most essentially, capitals are used in proper nouns and titles (words that describe specific entities). For example, if you were to use the word president on its own, it would be lower case. If used specifically to describe someone like President Bill Clinton, both the title and the name are capitalized. See how that works? The same principle applies to the word university, for example. You can say someone read many books while attending university. Or you can say they read many books while attending the University of Toronto.

Another instance in which to always capitalize is for geographic formations like mountains, volcanoes, bodies of water, buildings, bridges, streets and academic institutions. The names of cities, states, countries and continents are also musts for capitalizing.

For example: Mt. Everest, the Atlantic Ocean, the Empire State Building, the Golden Gate Bridge, the University of London. Titles like these are capitalized no matter where they appear in a sentence.

Titles of books, movies, songs and such are also always capitalized — as are languages: The English language is full of many confusing nuances.

Perhaps the most confusing usage of capital letters is within article titles and headlines. It’s the title of something, therefore, all letters should be capitalized — right? But what if the title is a complete sentence? Do the same rules apply?

Generally, when dealing with a headline or article title, you can either treat it as a sentence, in which case you would treat it with all the proper punctuation. Or you would capitalize all the words except articles, prepositions and conjunctions (unless they’re the first word in the title). In this case, words like the, a, and, with, but, etc., are not capitalized within these titles.

If treated as a complete sentence, the following title would be written as such:

Even the best writers make mistakes.

If not treated as a complete sentence, it would be written as such:

Even the Best Writers Make Mistakes

Hopefully this makes things clearer. As a general rule of thumb, think of important words as deserving of capitalization. If you’re still in doubt, you can ask a friendly editor to help you out!