Copywriting is cool because it’s always different. In the past few weeks, we’ve:

It’s been exhilarating and tiring and challenging and inspiring and encouraging. It was special to be part of such important work.

And so, as we head into the Thanksgiving long weekend for a rest, we’re going to balance the scale with interesting but utterly useless crap. Enjoy. : ) 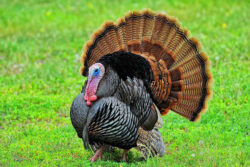 It’s become the onomatopoetic standard for the noble turkey, but it’s only the male wild turkey that actually makes that sound. The rest of the turkeys sound like baritone birds. Not as interesting, but equally delicious.

Gamblers have their own lexicon, but perhaps the most unique betting-related word is vig, which refers to what a sportsbook earns off every bet placed. Sportsbooks set the lines to protect their vig, which is why the bookies will always win, regardless of the outcome. Think of the vig as your fee for playing. 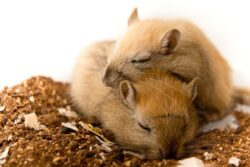 Most gerbil owners make the mistake of only getting one. Gerbils are actually very social creatures that do much better with a friend. Hamsters are the opposite; they prefer to live alone.

Unfortunately, it’s impossible to talk about incredible marketers without mentioning Joseph Goebbels. You can’t deny the power of his messaging or the success of his campaign. But keep in mind that he was sued for libel 126 times in the 1920s.

Most secondary characters on family sitcoms don’t get much hype, but that was certainly not the case for Andrea Barber who started playing Kimmy Gibler on Full House when she was eleven years old. The character even has its own fan club.

The Bee Gees (which stands for “the Brothers Gibb”) is the only musical act to have #1 songs in five decades. As prolific as Barry, Robin and Maurice Gibb were at writing music for themselves, they were also known for writing number one hits for other artists including Dolly Parton (Islands in the Stream), Frankie Valli (Grease) and Dionne Warwick (Heartbreaker).

There should be some sort of conclusion here. But honestly, why would one conclude such drivel? Google apparently likes articles with conclusions, so we have to do it.