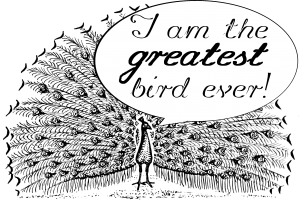 Next time you read a body of text, pay closer attention to what’s actually being said. More than likely, you’ll notice some terms and expressions that are used in ways that don’t quite fit when you really think about it. A lot of these are so common that we overlook their absurdity as our eyeballs skim over them and our brains don’t decide to register them fully.

Agree or disagree as you wish. But the following examples are infuriatingly misused. Turn on that light bulb and think about it before writing it down. Especially before publishing it.

This term appears in all sorts of promos or sales letters. Free money? As opposed to money you pay for? Here’s some money for your money. Yes, investments work on the principle of spending money on something that eventually grows in value (or doesn’t) and thus gives you more money. So that logic kind of makes sense. At least as far as getting money without investing it. Right? Still, there are much better ways of stating that without sounding so idiotic.

“The miracle of life”

Let’s look at the definition of “miracle,” shall we?

Miracle: (noun) an extraordinary event in the physical world that surpasses all known human or natural powers.

Last we checked, humans breed more humans. It happens every day. Millions of miracles per day kind of diminish the “miracle” quality, don’t they? It’s such a common expression engrained in our everyday vernacular that we don’t think to actually think about it. In most cases, 1 + 1 = 2. Let’s save the supernatural term for when a real need arises.

This term is thrown around far too loosely. Unless the meal you just ate at that new restaurant contained something you were deathly allergic to causing a near-death experience, it was hardly life-altering. Exceptional, maybe. Exquisite, perhaps. But not life-altering. Using that expression out of context just makes you sound dramatic and over-excited. Tone it down.

Company ABC is the leading XYZ provider in its industry. Are ya, now? We’ve heard that far too many times for any one of them to be true. Unless all the competitors are holding hands and moving in a Red Rover motion of lateral industry leading. Doubtful.

On what grounds do you lead your industry? More than likely, you’re just trying to sound more important than you really are. Claims like that are easy to get away with because they aren’t specific enough to be verifiable. Perhaps metrics such as market prevalence or popularity to the point where your brand name is synonymous with actions (i.e., Googling something vs. looking it up) can merit the “leading” status so many claim. Otherwise, start finding new adjectives. Or focus your energy on actually becoming a leader as opposed to trying to sound like one.