A Great Tagline. A Great Company.

A few years ago, we were bouncing around the idea of replacing “Choose Your Words Wisely.” In retrospect, it was a silly exercise because we have a great tagline. But one alternative we quite liked was “Well said. Well read.”

It was objectively good: catchy, well-balanced, thought-provoking. We knew it (or an iteration of it) would find a home somewhere. 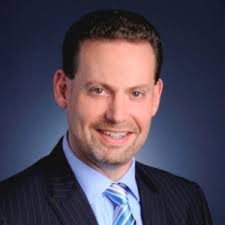 We’re pleased to report that it did. And here’s how it happened.

A little over a year ago, we did an interview with Rick Kotick. At the time, he was Head of Competitive Intelligence at RBC. He’s moved up in the world and is now VP of Intelligence. But more importantly, he and Leslie Baker (a marketing director at the same bank) started a side hustle to improve the way people in the corporate world speak and write to each other.

Both Rick and Leslie are expert communicators. And in their respective roles, they noticed a problem: universities were spitting out brilliant analytical minds, but not offering the soft skills training to effectively share their thoughts. As a result, messages and directives are getting lost, people are getting frustrated, deadlines are being missed and business is suffering.

The KB4 hypothesis is pretty simple: if people were clearer and more intentional in their communication, everyone’s productivity would increase. So they started a company to offer that training.

And they needed a great tagline for their new venture. So they came to us.

KB4’s tagline had to kill it.

They’re a professional communication company in the business of promoting clarity and purposefulness. We knew this had to come through in their tagline. And we knew the tagline had to be aspirational.

Their target customer is someone who either wants to be a better communicator themselves or needs their people to be better communicators. KB4 had to demonstrate through their great tagline that they understood exactly what their audience wanted.

So we started tossing ideas around. Some were better than others, but we weren’t getting anywhere good. That’s par for the course in tagline development, though. Think about it: a tagline has to sum up a company’s mission, ethos and promise in five words. You’re not going to hit eureka right away. You have to get the bad ideas on paper and out of the way so you can get to the gold.

We went through a fair amount of bad, and just before we decided to call it a night, we remembered “Well said. Well read.” It wasn’t exactly right, but it felt like a strong jumping-off point.

We immediately gave the lads a call and shared the idea with them. At first blush, they loved it, but they agreed that it wasn’t quite there. We both decided to sleep on it and workshop it further in the AM.

We woke up the next morning to an email from Rick. All it had was a subject line:

We loved it when we saw it. We still love it. And we love getting updates from the KB4 crew on their LinkedIn page. They just ran their first series of workshops to rave reviews. If they asked us to guest-host a session on snappy writing that gets co-workers’ attention, we’d be happy to do it. Hint, hint.

As you think about your next great tagline…

Think of it like it’s the first thing people are going to know about your business. It’s your ice-breaker, your mood-setter, your opening statement. If you get it right, people will want to know more about you. And then you can sell them on whatever you want.

5 elements of a great tagline:

P.S.: It appears The Globe and Mail’s picking up what we’re throwing, as their newest tagline is “Well written. Well Read.”