The first best teacher I ever had 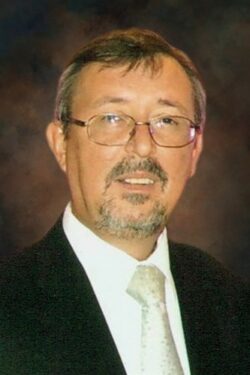 I don’t normally break character on our blog, but this warranted something from the heart: Ihor Pelech, my Grade 9 English teacher, passed away.

I was deeply affected by this news because of how deeply Mr. Pelech affected and impacted me.

Mr. Pelech was the first teacher who “got” me

I remember the day I knew it. We were doing a unit on poetry and our assignment was to write an original poem in iambic pentameter for the next day.

For whatever reason, I wrote mine about Sylvester Stallone’s fall from important Hollywood actor to the joke he’d become in the early ’90s (the Tango & Cash years). And in what I later learned was the primary skill of a copywriter, I did a deep dive into the subject matter, found the nuggets of interest to support my position and crafted them into the asked-for format.

I was confident my poem would be unique among the submissions, but unsure how Mr. Pelech would react.

The next day, he gave everybody’s work back, but I didn’t get mine. Instead, he read mine aloud to the class and said (and I remember this like it was yesterday), “that’s how you write a poem.”

As I was leaving the class, he stopped me and said (again, I remember it like it was yesterday), “You have talent. Do something with it.”

“You have talent. Do something with it.”

He said it so matter-of-factly. So confidently. 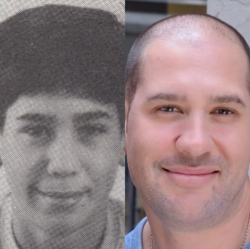 Me, then and now.

For a ninth grade kid at a new school without many friends, it was everything. It gave me a purpose and a passion. And it was the first time it ever occurred to me that I could turn my hobby into something more than a hobby.

I started looking into careers for people who liked to write. At the time, I keyed in on journalism, which became my focus until I graduated university and life serendipitously threw me into copywriting.

Since then, Mr. Pelech’s words were sometimes all I had in moments of non-confidence as a writer and an entrepreneur. I believed them because I believed in him.

Mr. Pelech was an authority on language and he took it seriously

He staunchly encouraged self-expression, but insisted with equal staunchness that we expressed ourselves well.

I hope every student gets to be inspired, motivated, believed in and fuelled by a teacher like I was by Mr. Pelech. Goodbye, sir. And thank you.