Farther vs. Further…Is There Really a Difference? 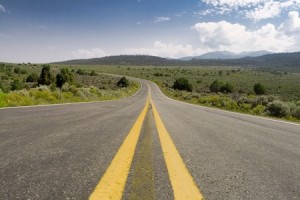 When it comes to writing just about anything, a great deal of confusion, head shaking and fist pounding comes from the use of farther and further. It’s pretty interesting how the difference of one letter results in so much stress, but it happens every day. Sometimes, writers will even re-arrange an entire sentence so the use of farther or further is no longer necessary.

Today, we will attempt to sort out the confusion for you. When are you supposed to use each one, and is there even a difference between the two?

As an example: “Billy kept asking Judy if Mars is farther away from the moon than it is from Earth. Judy explained that any further questions about space should be directed to the teacher.” Clear as mud, right? Wait, it gets better!

If You’re Not Sure

Sometimes, it isn’t totally clear whether you are speaking about a physical distance or a figurative one. It makes sense to say one student is further along in his textbook than another, but you could also interpret it as being a greater physical distance through the pages and say he was farther along.

Both words are used interchangeably as adverbs to describe a greater distance, but if there is no concept of distance as part of the sentence, further is used. An example would be, “The teamwork aspect must be further developed.”

Further is the only one that is occasionally used as a verb, like if someone tries to “further his career.”

Luckily, many publications, sources and people in the know claim that using the two words interchangeably is just fine, especially when the meaning isn’t clear. Some writers will always dig deeper and take extra time to try to figure out which one is right in every situation, but that work is probably unnecessary.

If you stick with the information that’s been given here, you should be graded well, perceived as an intelligent human being and never looked down upon for your use of farther and further in your writing. Who could ask for more than that?