Doing Business in Canada? You Need a Quebecois French Translator for Your Web Copy 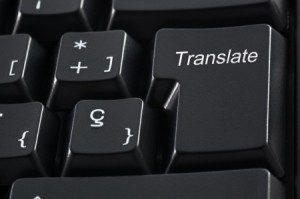 If you are a business that hopes to make a splash in the Canadian market, you are leaving money on the table if you don’t have French-language copy on your site.  Canada has two official languages, and while many feel that French-speakers only make up a tiny fraction of the population that isn’t worth addressing, that’s untrue.  Some of the stats about French speakers in Canada will surprise most Canadians, not to mention companies from other countries.

According to the Office of the Commissioner of Official Languages, about 22% of Canadians speak French as their first language.  More than 9.5 million people speak it as a first or second language, and while 7 million of them are in Quebec, 2.5 million are from other provinces.

More than half of that 2.5 million are based in Ontario, but the rest are spread out across the country.  If even a tiny percentage of the French-speaking population found their way to your website and were engaged and felt welcomed in their mother language, your sales will thank you.

People like to use the term “lost in translation” when referring to all sorts of different things, but if you choose not to use a professional French translator for your web copy, it may be true in a literal sense.  Many people whose first language is English and who also speak French will try to write the French web copy, but attempting to translate the message and retain the same meaning can get messy.

If you’re going to take the time and effort to include French copy on your website, you might as well make sure it says precisely what you want it to say.  Just having it on there isn’t going to help anyone but your competitors if you’re only driving French-speaking customers away.  Give us a call today if you want to increase your Canadian customer base, and we’ll help you create effective French web copy that will get you the results you want.