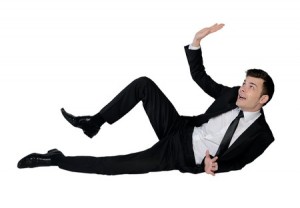 It’s not uncommon to see double negatives in writing.

Now, wouldn’t that have read better if we said it’s common instead?

All too often, people like to state things in their negative forms. But why? That just confuses everyone in addition to being a mouthful. It disrupts the flow of thinking that accompanies reading. And that can throw everything off.

Two negative claims cancel each other out and thus give you a positive one. But why not just state the obvious positive in the first place? There are way too many filler words out there as it is. Why add to the litter even more?

When you’re trying to communicate to a reader (especially if it’s a potential customer) you don’t want them having to stop and think, “Wait, not uncommon? So, it is common? Or isn’t it?” In such instances, people would need to re-read the given sentence a second or third time for clarification. Good luck keeping someone’s attention after something like that happens. If they see their time is being wasted, they’ll be far more inclined to click the little “X” in the corner of the web page. Wouldn’t you do the same?

In a time when keeping an audience’s attention boils down to seconds, you’ll want to maximize on that time as much as possible. And rambling will not help your case. By doing so, you’re disrespecting your reader. And that’s not the way to win people over.

Pay attention to this one tiny thing, and make it a habit to turn two negatives into a positive. It’s better to state something the way it is, as opposed to the way it isn’t. Negativity never did anyone any good. Let’s put this habit to bed with some examples illustrating how to do it:

He wasn’t unsure about how to make the distinction.

He was sure about how to make the distinction.

I’m not unimpressed by the idea.

I’m impressed by the idea.

It’s not unlikely for something like that to happen.

She doesn’t dislike him.

She likes him.
See how much simpler life is when you stay positive?