On March 10th, 2017, the Page 7 Copywriting brand was folded into Re:word. For nine years, p7 was the copywriting agency of choice for some of the biggest brands and best agencies including Google, BBDO, HP, Bodog, The National Ballet of Canada and Madd Munchies Late Night Food Emporium.

But the name Page 7 was always meant to be a placeholder. Dan promised himself he’d change it when he had some downtime. It never came. Probably a good thing. But if he did change it, Re:word would’ve definitely been a contender. But then Gina would’ve had to take Dan to court and it would’ve been a whole thing.

So this way is way better. But a lot happened in those nine years that deserves a place of honour because, well, they’re damn good stories.

Here’s one of the best:

It was May 2008 and Dan was looking for a job. He had just turned down a job offer in Calgary with a company called Watermark* and had found a posting for an ACD position in Toronto. He sent his CV in and got a call back requesting an interview for Friday morning — except Dan was going to be in London, England, visiting friends. No problem, he thought. He’ll do a phone interview.

Friday morning came and Dan called in to have his interview with Sean (that’s important) and a few other people. And the first thing Sean said was, “Hey…you and I live on the same floor. You’re in 412 and I’m in 417 — so we could’ve done this in our bathrobes.”

“Would’ve saved me some long distance charges for sure,” said Dan. Everyone giggled. Good vibes. And they got on with it.

Nothing came of the interview, and a month later, in June, Dan started Page 7 with no clients and no clue.

One random Thursday morning in July

It was 5:45 in the morning, Dan’s wife was out of town and the dog started barking. Dan woke up, and standing at the foot of his bed was a half-naked girl. She was wearing a bed sheet around her waist and nothing else.

Naturally, Dan thought he was dreaming. But no…there she was.

Then an awkward moment of silence, after which Sabrina “woke up.” She had slept walked out of 417 (Sean’s place — told you it was important) and into his place.

“Oh my god!” she exclaimed as she covered herself with her hands.

“Relax,” said Dan, pleasantly confused. “We’re all adults here. Would you like a t-shirt?”

He got her a white t-shirt and politely walked her back to Sean’s.

The next day, Dan wrote this note:

Dan here from 412. Still have your email address from the spring. Hope all’s well.

Listen, your friend walked into my place last night. She’s a very nice girl and I got her home safely, but you now have my shirt. If you could just hang it on my door whenever you have a chance, that’d be great. Thanks. : )

I heard the other side of the story. Wildest thing ever. Yeah, I’ll get your shirt back to you. Also, I see you started  a new business. Looking for work? I’m leaving here soon and I need a copywriter at my new place.

And because of Sabrina, page 7’s first accounts were Scotiabank, RIM and Ford. And Dan’s not locked his door since. 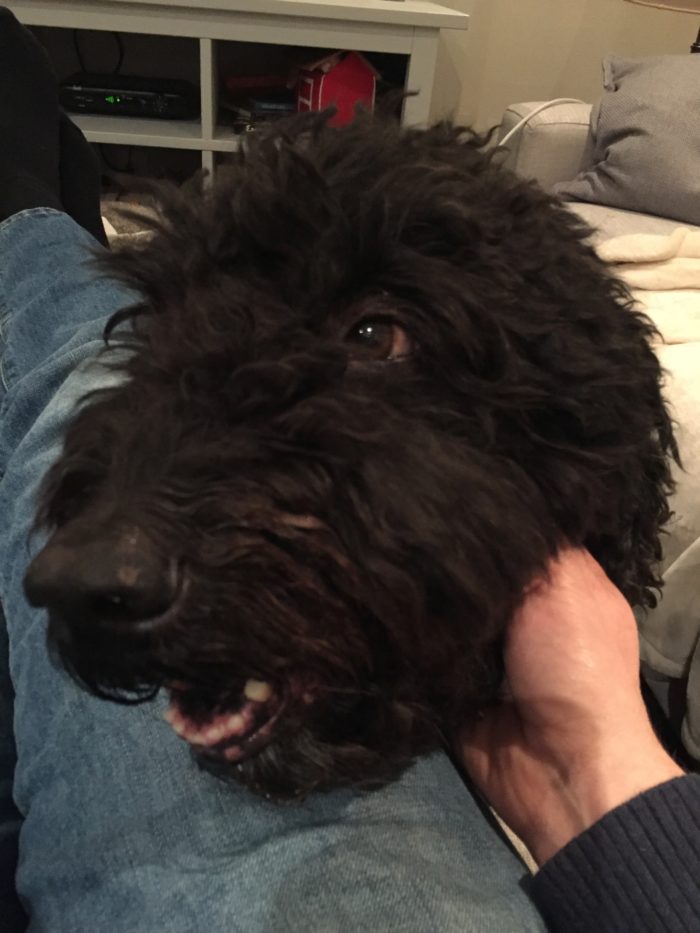 If it wasn’t for Maui’s bark, who knows where we’d all be?