5 of the Most Common Grammar Mistakes 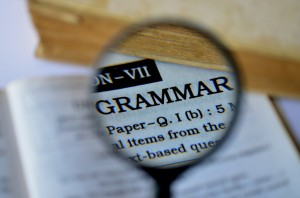 The world of grammar encompasses a wide range of language rules and an even wider range of ways to mess those rules up. If you’ve ever written anything longer than a few sentences, you’ve probably been on the wrong side of the grammar police. It happens to the best of us.

Here are 5 of the most common blunders and tips to get them right.

1. Mixing Up Your Words

Mixing up words that kind of mean the same thing but don’t is a mistake most people make. Examples include using the word that instead of which or fewer instead of less.

That is a restrictive pronoun and which is more flexible — meaning that would be used to refer to something specific. Fewer should be used when describing objects you can count, while less is used for intangible concepts such as time. You should keep an eye out for this issue if you want your writing to remain sharp.

The run-on sentence is another one that plagues a lot of us. Technically, it refers to a sentence that joins two independent clauses without using the appropriate punctuation. In simple terms, you have a really long sentence with no comma or other punctuation breaking it up.

Keep in mind, a comma isn’t always the right choice. If you join two clauses that don’t have an appropriate conjunction you end up with a comma splice, which is also a grammar taboo. A quick skim through what you’ve written is enough to spot run-on sentences and break the thoughts up into separate ones. It improves the flow for the reader, making it easier to digest.

Pronouns are words that take the place of nouns in sentences. Examples are he, she, they, someone, etc. Pronouns serve an important function, but they are often used incorrectly. See how I used they while referring to pronouns in the last sentence? When the same word is used too frequently, it takes focus off the rest of the writing.

Pronouns make sentences less cumbersome, because you don’t have to use the proper name every time. “Tom left Tom’s keys in Tom’s car and Tom doesn’t know what to do,” sounds ridiculous.

That being said, it’s still important to avoid certain pronoun mistakes. Be careful when using you, they and it because you can end up confusing the reader. Sentences like, “They say you shouldn’t go outside without sunscreen,” or, “In the newspaper, it says unemployment is high,” aren’t specific enough and may cause confusion. Identify they, you and it. Read through what you just wrote as if you had no idea what it was about and see if it makes sense. If not, you need to fix those pronouns.

The main problem with apostrophes is when to use them and when not to use them. They’re generally used to either show possession or to contract two words into one.

For contractions, you use an apostrophe to make one word from two. The apostrophe’s job in this case is to take the place of the vowel in the word you’re shortening. It’s used to create words like it’s from it is, you’re from you are and they’re from they are.

Using an apostrophe at the end of a word is done when showing possession of something plural. For example: “We made sure not to waste the employees’ time.” Some people do this when a name ends in s, even if it’s singular: “James’ car was stalling.” However, this is incorrect. The correct construction is “James’s car was stalling” (we’ll explain this one in more detail in a later post).

Run-ons and comma splices show examples where punctuation is used incorrectly. Some people tend to litter their writing with so many commas that it’s difficult to read. Adding a comma wherever you’d naturally take a breath is usually where this takes place: “The truth is, however, that, regardless of how correct it is, this usage takes away from the writing.”

As you can see, these seemingly innocent mistakes deserve your attention — especially if you’re a writer. Don’t underestimate the value of a second or third read-through. You can pick up these little mistakes when you know what to look out for.