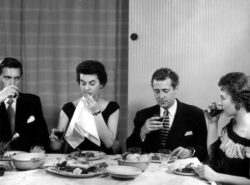 Think about the commitment someone is making when they choose to read something you give them. It’s substantial. The act of reading is the act of giving your time and attention to someone else’s ideas, and we’d argue that time and attention are the two most valuable pieces of yourself you can offer up, precisely because you can’t put a price on it.

What’s more, giving your time and attention means you’re not only receptive, but also willing to share if it’s compelling enough to do so. The concept of sharing information is the power behind social media, and it’s the precursor to achieving “cred” — the more people speak about you, the more people know you, what you do and why they should care.

A good writer is keenly aware of these facts and makes for damn sure that whatever their reader is committing to is going to offer value in some way. Every scribe has their own way of measuring this. For us it’s the dinner party test.

“So listen to this…”

We love when dinner party conversations start this way because we know we’re about to learn something new. And illumination’s a great feeling, especially when it comes at an unexpected place like dinner with friends. In every piece we write we try to include something worth breaking out at a dinner party —  an argument, a fact in support of an argument or a perspective that chops an argument down. Either way, we do the digging and wordsmithing to work it in. To us, that’s the ultimate value-add: something a reader can take away and use at a later date for their own purposes, in this case, to add to (or improve) a dinner party conversation.

The three qualities of dinner-parrty worthiness

Well-researched. Clearly articulated. Surprisingly different. It’s that simple. And it’s category agnostic. Whether we’re writing about sports gambling, investing in cultural programs, building circuit boards or chicken caesar pitas (FYI: we wrote about all of these this month), we go the extra mile to give our readers something they can break out at a dinner party. It makes our clients happy because people are talking about them. It makes our readers happy because it gives them something to talk about. And it makes the dinner party host happy because at a good dinner party, the conversation flows as freely as the wine.

We took a road trip to Ottawa for the Editors Canada conference and got a chance to walk around the city. It was a gorgeous summer day — perfect for a stroll. And stroll we did: through ByWard Market, by the Parliament buildings and up to the Tomb of the Unknown Soldier. It was perfect. 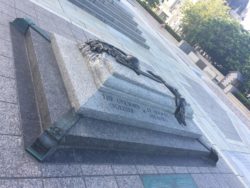 It was also a reminder of how lucky we are to be Canadian. Good people are working for us in the government: people who believe in tolerance and equality. People with common sense and common decency. Canadians. This is the best country in the world because everyone is welcome. More importantly, everybody FEELS welcome.

If you’re a Law and Order fan like we are, you may remember this Jack McCoy summation. But check out what he says at 3:11. And think about it. Because it’s exactly what Canada is.

And if you’re a Law & Order fan like we are, you’re probably equally gutted by its absence. We still get our Sam Waterston fix on Grace & Frankie, but it’s just not the same. Ugh. 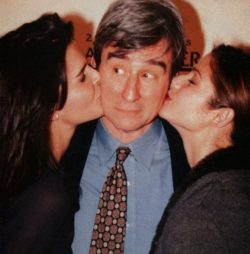 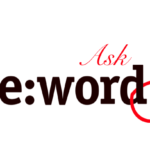 The experts weigh in 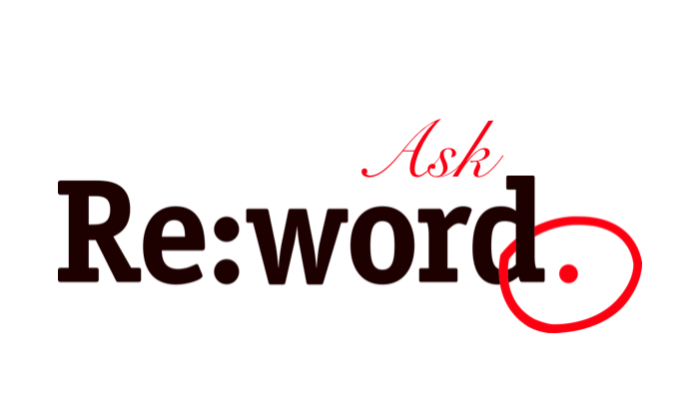 I’ve been running an email campaign for a few months and traction is poor. When people open the email, they do what they’re supposed to do, but not enough people are opening. But my subject line “Get a free 72″ TV with purchase” is strong.

Yeah, we see that a lot. And no, your subject line isn’t strong because it’s not benefit-driven. You’re telling people what you’re doing (giving them a free TV), but not what it’s going to do for them:

Get started on a new TV room

Turn your bedroom into a theatre.

When you have five to seven words to impress someone, make it about them.

The other thing is that you haven’t told me what I have to purchase in order to get that new TV. Is it a Ferrari I can’t afford? An outhouse I don’t need? A camel I don’t want? And what’s the benefit of what I have to buy to get my 72″ TV?

Remember that your subject line is THE most important part of an email communication because it’s the gate-keeper. If the recipient doesn’t buy in there, then the rest of it is meaningless.

If you want to see an organization that writes KILLER subject lines, subscribe to the Green Party of Canada‘s mailing list. We’re not terribly huge fans of their politics, but their messaging is on point to say the least. And what’s cool about their email strategy is that emails always come from a different person. One day it’s Elizabeth May; the next it’s Jeff Braustein, then Meaghan Dubeau. But no matter who it’s from, we can tell by the subject line that it’s from the Green Party. And we open it because it’s that compelling. And while we may not align with everything they say, we know what they stand for. 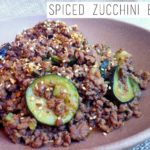 The best part of what we do is everything we get to learn about. This week, it was a naturally occurring extract that helps prevent inflammation in the body. For people with arthritis, Crohn’s and even Parkinson’s, a Turmeric Curcumin supplement offers a world of relief.

We also got to research a bunch of companies that produce Turmeric Curcumin supplements and learned a few more interesting things — most notably that Turmeric Curcumin has poor “bioavailability.” That means it’s absorbed by the body too quickly for it to have maximum effect. So they mix it with another extract to slow it down. Some manufacturers do it better than others.

As we researched, we found that Turmeric Curcumin is actually a by-product of Turmeric — that spice so many people have in their rack but rarely use. So we thought, why not give you a reason to use it? And we found a good recipe on PaleoHacks. 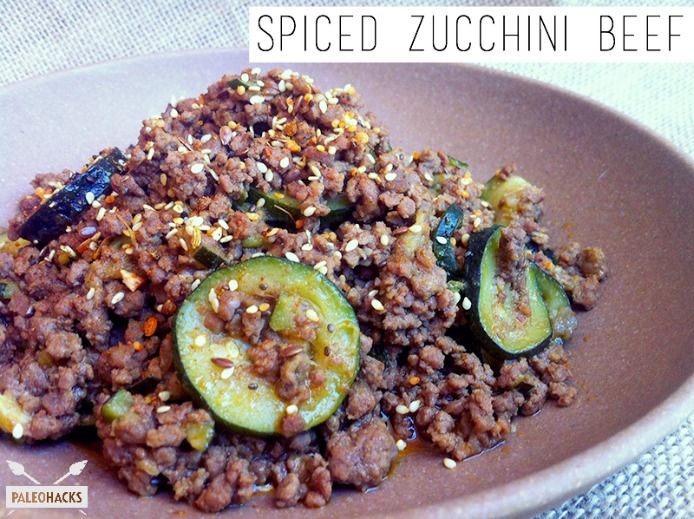