How to Choose the Perfect Book as a Gift 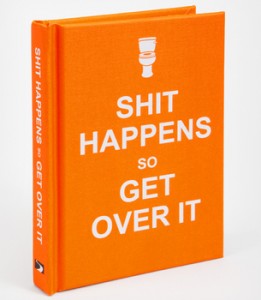 We like to include books as part of every birthday gift. Sometimes they’re novels, other times they’re books of quotes like the one above. And they’re never the whole gift, so don’t think we’re those jerks who give books because we write and edit for a living.

We give books because we love ideas. And the written word is still the best way to share them.

In a movie, you can hear something brilliant. But then the story moves on and you can’t stop to consider what was said ¾ well, you can, but then you’d have to pause the movie — and the person you’re watching with probably won’t appreciate it.

But with reading, you have the power. You can stop. You can think. You can put the book down to research the idea further and then go back to it. And you can take the time to formulate your own ideas you can then share with others.

In 2010, that’s how many book titles there were in the world according to Google. So there really is something for everyone. Just a little bit of thought can go a long way to perfectly matching book to birthday girl.

They’ll appreciate your gift more than anyone. But they’re also the most discerning. They know what they like and you should too. Next time you’re in their house, take a discreet pic of their bookshelf, then go to the bookstore and ask for a recommendation based on what they like to read.

Tip: Don’t buy off the Bestsellers list. These people know what’s there. If they wanted to read it, they probably already have it.

A collection of short stories is perfect for these folks. And there are titles in every possible genre, so you go with something they like. They can commit to a few pages at a time (like, say, on the throne), and they won’t lose out on leaving a month or two in between them.

Tip: Look for books mostly contributed to by journalists. They write informative, digestible copy for a living.

Books remind these people of high-school English class. Blech. So instead of thinking biography or novella, think cookbook or collection of movie posters. Because everybody needs to eat, and movie posters are awesome.

Tip: These folks most definitely judge a book by its cover. So find something interesting. Chances are it’ll be a display piece anyway.

The Right Moment for a Perfectly Timed Curse Word 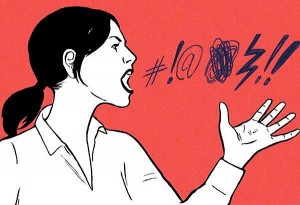 Even those who aren’t avid cursers will let an F-bomb out at the appropriate time. WTF? There’s an appropriate time to swear? All you polite rule-followers may want to listen up because we’re about to share all the times when you can get away with a perfect dose of profanity.

At the peak of pain.

Whether the pain is physical or emotional, whether it’s the pain of your own failure or whether you’re pained by the injustice of the world — all are fair game. You stubbed your toe? F@#%! You just deleted 18 hours worth of spreadsheets by accident? S#*&! It’s a release of emotion after being hurt, so it’s immediately justified. Especially if it comes out in a very loud, drawn-out yelp. Level of drama should be proportional to the degree of pain.

To break an awkward silence.

Heard someone say something really strange and not quite sure how to react? Well, f*@&. There are just certain times when no other words can do the situation any justice. In that case… sh!#. That one lone curse word is vague yet precise enough to either end the conversation, or make the other person comfortable enough to keep it going and hopefully break the awkwardness. One can only hope.

Studies have actually shown that swearing (as opposed to bottling up anger) is a healthy way to deal with rage. Letting those curse words out is a cathartic release that makes us feel better. Don’t apologize for the expletives — you’re just looking out for your own well-being. It’s science; curse on!

To put an idiot in his place.

Sometimes, there really is no better way of telling someone to shut the f%#* up than by just saying it. Chances are they deserve it. This is a time when you really shouldn’t hold back. The more sass, the better the effect. Just make sure you’re in the type of relationship with them to be able to get away with it. Your boss probably isn’t the one to use in this situation.

If it feels natural, do it. Why the fuck not?