Rules & Exceptions: Who to Listen to 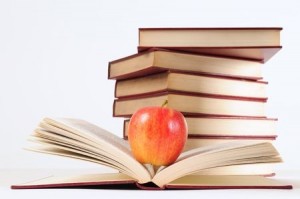 We’ve made it clear on multiple occasions that the English language is full of rules with little logic and lots of exceptions. Isn’t that a lovely combination?

There are so many experts out there whose opinions on the same delicate grammar and punctuation matters vary. So who do we listen to? Webster and Oxford don’t even spell all their words the same way. They’re both correct, though. Is one more correct than the other? That also depends on who you ask. Oh the joys of grey areas!

When you look at one school of thought vs. another, they both still come from scholars. When you compare one spelling vs. another, neither one is wrong. Your eighth grade English teacher could tell you to use an Oxford comma whereas your eleventh grade one will advise against it. Again, they’re both right.

What this comes down to is preference over correctness. One editor will use a semi colon (;) where another would use an em dash (¾).

So how do we make sense of these differing opinions that are ALL correct?

First, make sure you decide on what you feel is right and stick to it. Consistency prevails at the end of the day.

Since everything can be argued anyway, you may as well follow your instincts. If you’re writing for a client or business, let the style guide, brand book or client specifications decide for you. At least that part is easy.

The Difference One Missed Letter Makes

You’d think that when you accidentally miss a letter whilst typing really quickly that the intent of the writing doesn’t get lost. Sometimes the words are still correct, so autocorrect or spellcheck don’t pick up on them. That’s when you’re in trouble, because some of these differences can range from embarrassing to reputation-altering given their context.

As the following examples illustrate, one letter can completely change the meaning of words. So either watch your words very closely or utilize the services of someone who is trained to spot such details (wink, wink).

My, my, my. If your business proposal tells your prospective clients you like to asses the situation, you deserve the chuckles, eye-rolls and especially them taking their business elsewhere. We know who the real ass here is. A careless typo is embarrassing enough. One of this calibre is in a league of its own.

That letter “L” is your best friend when making this distinction. Again, if you tell investors that your company is in the process of going pubic, you won’t like how they react. You will curse whoever skimmed over that piece of writing because skimming is exactly what would miss something like that.

In spoken word, these two sound the same. But the written word is a different story. Writing a letter to grandma telling her you can’t wait to tell her about your favourite type of heroin may cause her initial excitement for strong female protagonists to turn into worry about your hard drug problem.

See the difference one measly letter can make? Do you also see how easy it is to overlook something like that when taking a quick glance? Even if you’re taking your time with proofreading your writing, lack of focus (or misinformation) can have disastrous consequences. So be careful when writing, and even more careful when proofreading!

Shame on you, Oxford Dictionary. 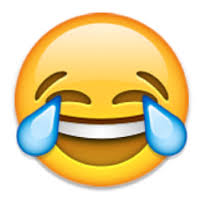 The Oxford Dictionary named the “tears of joy” emoji as their word of the year.

As the world’s authority on language, you’ve set verbal discourse back years, decades, dare we say millennia. You’re essentially saying that communicating via pictogram is the way of the future. And they’re not even good pictograms like the Egyptian hieroglyphics where everyone’s facing left. No, they’re “Have a Nice Day” happy faces.

Here’s the problem with what you’ve done, Oxford: you’ve given today’s youth an alternative to finding just the right word for an occasion. Instead of working to expand their vocabularies, they’ll default to emoji-land, and all the colour of language will start to disappear from the lexicon. Not today. Not tomorrow. But eventually.

It’s been said that the Egyptian civilization crumbled because of incest. Well, maybe if they had the words to say, “Get off me, dude, you’re my brother,” instead of a vague image of a frowning princess, perhaps they’d still be around? 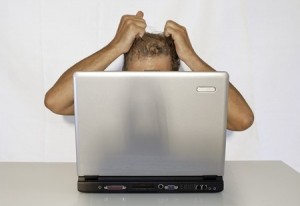 As promised, we’ve compiled a new crop of editing nightmares for those who share the frustration. These cringe-inducing habits are the literary equivalent of socks and sandals. Seeing them can render even the most verbose wordsmith speechless (and they always have something wise to say). Without further ado, here they are in no particular order. Kindly do not follow suit.

Saying till Instead of until

Is that a little bit too harsh? Too bad. It’s not even wrong, it’s just unsightly. Whether it’s informal or formal (but especially if it’s formal), don’t do this. It ruins the whole body of writing. The only instance where this is OK is in colloquial dialogue for the sake of effect.

Incessant Use of that

Gahhhhh! Although this is also very nit-picky, editors will know the pain. For some reason, people throw in thats so as to fill space or make writing less awkward. Well, guess what? You sound even more awkward. Communication should be simple and clear. Eliminate excess wherever you can.

The sun that shone bright woke up the dog that was sleeping in front of the window that was open.

Drop them all! And you get this:

The sun shone bright, waking up the dog sleeping in front of the open window.

This may have been a bit of an exaggeration, but you get the idea.

Again, some people like to put random words in quotes that really shouldn’t be there. Perhaps they do this when they’re unsure of how to present the word. Clearly, when in doubt, people just add quotes.

He ate lunch at a salad “bar.”

She thought the “hors d’oeuvres” were too salty.

What? Why? Quotation marks around single words are used when it’s a specific reference to something or to show the way someone specifically referred to something:

According to the experts, his delivery was “uncalled for.”

The company was given a “pass” rating on their latest evaluation.

Don’t just use them if the word is foreign or you’re unsure of what to do with it.

And, if you want to emphasize a word in your writing, italicize it, underline it, place it in all caps — but for the love of god, don’t place it within quotation marks. And worst of all, don’t substitute the double quotation mark for the single quotation mark (’). It’s even worse, and wrong. Reserve those for quotes within quotes, and apostrophes. Please. 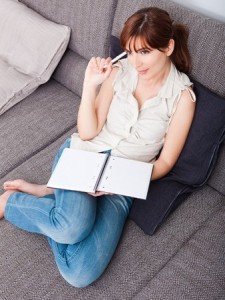 Writing is writing is writing. Right? Wrong. In so many ways, all the types of pen to ink find their differences. In this instance, we’re talking about the actual writing process. The following is a direct comparison of how various aspects of the writing process differ when done for pleasure and when done for work. Agree or disagree as you please.

Pleasure: Deadlines are more of an idea, really — like a soul. They can be moved around at your own volition, in no hurry. Great ideas take time to develop; you can’t rush creativity. “One day” is very common.

Work: Stress levels increase exponentially as the deadline approaches. This is usually in line with productivity.

Pleasure: You’re constantly inspired. Big, world-changing ideas circulate in places like the shower or your bed right as you’re about to fall asleep and your computer has been turned off. That’s ok, you’ll remember them tomorrow morning and write them down then. Mhmm.

Work: Ninety-nine percent of the time, inspiration is non-existent. Not really. Brilliance in these instances tends to strike after the assignment has already been submitted. Ah well, better luck next time.

Pleasure: Comprised of casually sipping a large tea or cappuccino (in your favourite mug, no less) whilst on a balcony or looking out of a window. Life is beautiful and time is of no consequence.

Work: Start your day with a regular coffee, soon progressing into black coffees (note the “s”). This later turns into shots of espresso, followed by a trip to the 24-hour convenience store to buy a case of energy drinks whose cathartic crushing can only mean work is getting done.

Pleasure: After an embarrassing amount of increasingly questionable Buzzfeed quizzes, ironing clothes you don’t wear anymore, vacuuming the house and cleaning the eaves, you eventually find the time to get it done. At this point, the deadline (if it exists) is looming dangerously close.

Not Everyone is an Editor 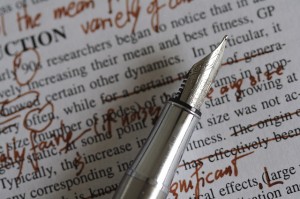 What? You mean to say that my friend who taught fifth-grade English once isn’t qualified to edit my entrance essay to an Ivy League school? Right. And neither is your friend who taught ESL abroad for a year after finishing university.

Just because you have experience with words or love to read (both great qualities, no doubt) doesn’t mean you should be advertising yourself as an editor. A lot of people think they know everything that editing entails just because they know the difference between your and you’re or between a conjunction and a conjugation. Congratulations! You’re literate. You’re still not an editor.

Can you simply explain the difference between a compound modifier and a misplaced modifier? Can you define a gerund? That might put you closer to earning the title. Real editors go through rigorous training where attention to meticulous detail is second nature.

They consider things like words, punctuation, tone, intent, formatting and content, among others. Then they make sure these components mesh well together while being in the right places in the right measure.

“I almost failed every subject” is different from “I failed almost every subject.” Not just anyone would pick up on something like that.

If you want to trust your aunt’s brother-in-law’s neighbour’s fiancé to proofread your business proposal, knock yourself out. A professional is a professional for a reason. Many reasons, actually. There’s a certain comfort in knowing your words are in good hands. It’s in your best interest to think twice before letting just anyone at them. Now it’s on you to know the difference between an editor and an “editor.”