A Simple Guide for Metaphors and Similes 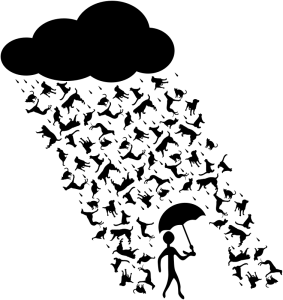 If you’re like a lot of writers, students, business people or others who use words to make a point or tell a story, you’ve been confused about metaphors and similes at one time or another. That’s not to say you haven’t used them successfully. All writers use them to help paint pictures in the readers’ minds, so the writing is richer and more complete.

These two literary tools are similar but different at the same time. Every simile is a metaphor, yet not every metaphor is a simile, but they are both used to make comparisons. Here are some basic definitions to help you out.

When you use a metaphor in your writing, you use a phrase or word to mean something else, then compare the two. Basically, you speak about one thing as if it were another, using a word or phrase that points out similarities between the two. Here are a few classic examples:

As mentioned in the opening, a simile is also a metaphor, but not vice versa. A simile is also a comparison of two different things, only you use the words “like” or “as” in the description. Here are some examples of similes you may have heard or even used before:

Like any good thing, you can go a little too far with the metaphor and the simile. If you’re paying attention to your own writing, you will try to avoid these metaphors that are overused and come up with suitable replacements. Some examples of metaphors that have become more or less cliché include the following:

There are also “dead” metaphors, which refer to metaphors that have been used so often, they’ve basically lost their metaphorical qualities. One example is the word “war” and how it is used in the fight against everything from drug abuse to poverty to terminal disease.

Whether you decide to use the metaphors and similes of yesteryear or blaze new paths of your own is up to you. If you’re paying attention, some will fit and some won’t, but as long as the writing is stronger in the end, nothing else really matters!