Two lessons from an effective brainstorm 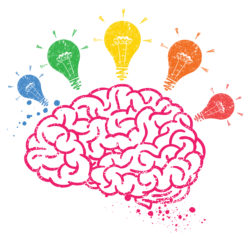 A few weeks ago, one of our agency clients brought us in for a brainstorm. It’s always a hoot to jump in on one of those, partly because it gets us out of the office and into a different environment (always a good thing), but mostly because of the energy in the room.

Most brainstorms start off with someone in the room saying something like “there’s no such thing as a bad idea.” But if you’ve been in a brainstorm before, you know that’s not true. Lord knows we float our share of stinkers in every session. But the thing about those less-than-awesome thoughts is that people don’t see them as such when they have them. They’re already too close to it because it came from them. Criticizing it right away immediately puts its creator on the defensive. Challenging invites the creator to reconsider a few things. And approaching a bad idea positively makes it easier for everyone in the room to see if it’s worth pursuing or scrapping — especially the creator.

Imagine you’re jogging down the street. It’s a gorgeous day, you feel the sun on your face and the wind in your hair and everything’s awesome. You close your eyes and take a deep breath and then…WHACK! You slam into a brick wall. Momentum gone. No sun. No wind. Just a bruise.

That’s what happens when someone drops a “no” in a brainstorm.

“No” is a momentum killer. The person who says it is essentially saying “I don’t like what you’re saying and I’m not going to participate.” And it leaves the recipient with an ego bruise.

Instead of “no,” challenge yourself to respond with “yes, and…,” then add to the idea:

“Yes, and what if the pants didn’t walk themselves, but were serendipitously dropped in front of the change room door?”

“Yes, and what if the line was something like ‘Let great style come to you’?”

“Yes, and what if we changed it to ‘Where great styles comes to you’?