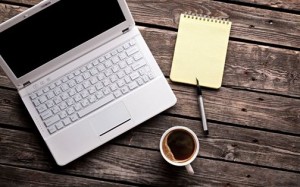 Brackets are components of punctuation that are often misunderstood. People either use them too much when they get so caught up in side notes that the entire sentence loses direction, or they’re not sure when to use them properly and avoid them altogether.

When the appropriate time comes, brackets can add value to a sentence by clearing some things up. Here’s the rundown on brackets, so you know how to find a happy medium in your writing.

Round brackets (also called parentheses) add information to the rest of the sentence to make things clearer. This information, however, is not essential to the sentence. So, if you were to remove the bracketed information, the sentence can stand alone and still make sense. Here’s an example to illustrate this:

Jack (despite being against the notion) stayed in on Friday night to do his laundry.

Jack stayed in on Friday night to do his laundry.

Both sentences convey the same action, but the one with the bracketed information has an added level of context.

Most commonly used in academic writing when referencing something, square brackets come into play when you want to include a piece of information that isn’t from the original writer of the sentence to modify what’s been written originally. The information within square brackets comes from an outside source, typically as a way to put the point in perspective. Again, here’s an example to make this clear:

He [the mailman] ran as fast as he could when the dog started chasing him.

Square brackets are also used the same way as round brackets when you need brackets within brackets (…[…]…). Whether you’re using round or square brackets, remember that they always come before punctuation marks like commas and periods.