The best movie ever written

A big-budget movie production with larger-than-life stars set up shop in a small New England town. That’s the story of State and Main (2000), and about a hundred movies before it, notably Sweet Liberty (1986) with Alan Alda and Michael Caine.

But State and Main’s different. Because of this guy. 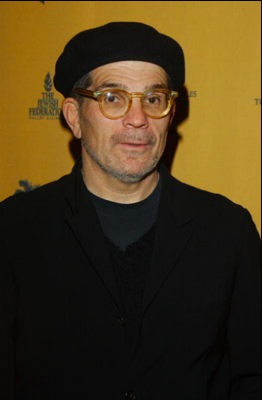 This is David Mamet. He can write dialogue like this from Glengarry Glen Ross, a play he wrote that got turned into a movie. Amazing, right? But what makes Mamet such an incredible writer is his range. Sure, he can drop F-bombs with the best of them (and he does in GGR — 139 times to be exact). But he can go the other way too, which he does in State and Main. You’ll hear a few choice curses here and there, but it’s the restraint he shows from scene to scene that makes it sing. Because you’d expect the characters to be swearing like…

Of course, a screenwriter is only as good as the actors he has to work with and the director at the helm. Mamet had the second part covered in State and Main, as he directed it himself. But the talent he had was unquestionable. He had Alec Baldwin (a GGR alum) and Sarah Jessica Parker as the Hollywood elite, Philip Seymour Hoffman as the screenwriter, Bill Macy as the director and a wonderful performance by character actor David Paymer as the hot-shot producer who comes in halfway through as unexpected muscle — funny given he’s known in cult film circles for this little ditty:

Too many lines to choose

Some movies have a line that defines it. “That’s not a knife.” “You talking’ to me?” And “You’re gonna need a bigger boat” come to mind. But with State and Main, the whole script defines it. It’s almost impossible to pick the best zinger. Actually, that’s not true — it’s fairly easy: