Texting Etiquette for Saying What You Mean 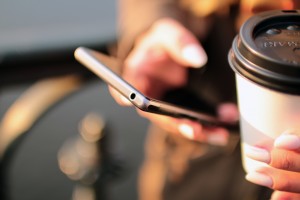 As many of your arguments can probably attest, intent in text messages is often lost. Tone and body language aren’t there, so words have to speak for themselves. While we often do our best to say what we mean, it doesn’t always come off that way. (We’re sure there are millions of couples that would back up this claim). So, that gives you more reason to choose your written words even more carefully than your spoken ones.

Here are a few things to keep in mind when writing your text messages. And auto correct can’t help you here.

Write out the full word.

Seriously. We no longer have phones where you need to hit the seven key four times just to type an “S.” Touch phones with autocorrect (which sometimes actually serves a purpose) and prediction eliminate the need to say “U 2” instead of “you too.” Saying it takes less time is not an excuse; seconds are in question. You’re just lazy. Typing like a high-schooler increases the chance of misspelling, looks tacky and makes it easier not to take you seriously.

It can either be your best friend or your worst enemy. So be careful with punctuation. While an exclamation mark will make your excitement clearer, a period may come off as hostile when you were just trying to be succinct. “Thanks!” shows genuine gratitude. “Thanks.” can be unappreciative, sarcastic or dismissive. If you’re unsure, scrap the punctuation altogether. You can get away with it in a text message.

If you notice it looks like a message could be read the wrong way after hitting send, follow up with another one to make peace. Call yourself out on it coming off the wrong way. They’ll think you read their mind and forgive you for your wrongdoing. When in doubt, add an emoji at the end of your message to show how you’re feeling. They seem to communicate better than words. “Thank you :D” shows overzealous appreciation. “Thank you :(“ shows acceptance of sympathy. See the difference? Oxford Dictionary even named an emoji as their most recent word of the year. *Facepalm*