7 effective political slogans, and one ineffective but ballsy one.

At the end of the day, all politicians have are their words. Well-designed political slogans can push a so-so candidate over the top if it’s mobilizing, motivating and simple enough to get behind.

Let’s look at some of the best political slogans from the past 120 years and what made them so effective. 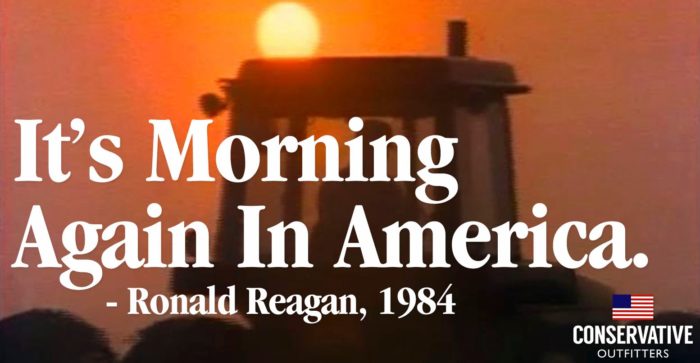 By the time 1984 came around, the United States had gone through 20 years of hell, starting with Vietnam and the counter culture, ending with AIDS and 21% interest rates, and highlighted by Martin Luther King, Watergate, disco music, the Cold War and everything else Billy Joel sang about in We Didn’t Start the Fire. Americans needed calm. They needed to turn the page. And what better way to signal the coming of a new day then to actually signal the coming of a new day? 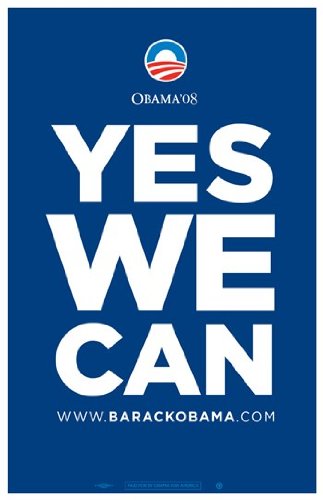 In 2008, America was lost. It knew it was the greatest country on earth but it didn’t think it was behaving that way. It was hunting a man it couldn’t find. It had written cheques it couldn’t cash. And the US dollar was worth less than the Canadian dollar. The “American Way” of picking yourself up and dusting yourself off wasn’t going to work this time. So instead of a kick in the ass, Barack Obama extended a hand. And his political slogans invited everyone to join him.

The CanCon portion of this list comes from the Laurier government. In the late 19th century, the race to populate the West was in full force. The Americans had been pushing hard for upwards of 60 years, and all signs were pointing north. Laurier knew he had to extend Canada (then just a 29-year-old country and still part of the British Empire) or America was going to grow around them. To do that, he needed immigrants. He could’ve played the “chase your fortune” card. But he went more basic than that. With gorgeous pictures of the plains, prairies and mountains, he sold the vista and the space, which resonated with Europeans who’d been living on top of each other for 400 years.

Keep Calm And Carry On (British Ministry of Information, 1939) 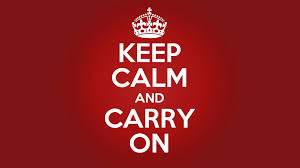 The line’s obviously experienced a bit of a renaissance lately, but when it was coined in the lead up to war with Hitler, it was the confidence that Brits needed to throw down. As political slogans go, it’s one of the best ever. It was like “Relax, we got this. You go on about your day and we’ll rid the world of its most dangerous person. We’re the British Empire. This is what we do.” Of course, they had to keep reminding themselves of this during the Blitzkrieg, but it all worked out in the end. 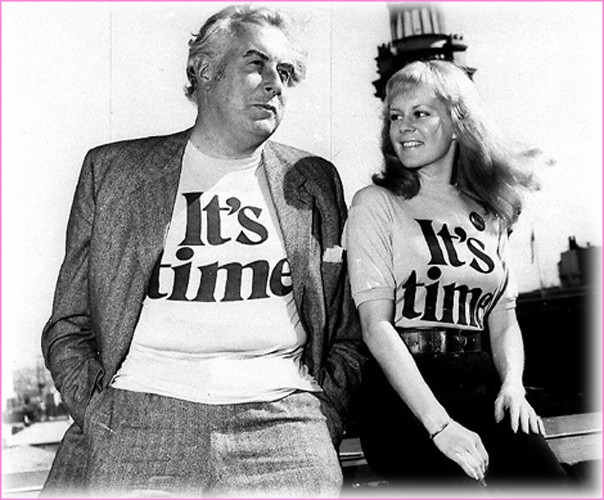 The conservatives had been in power for 23 years. The Labour Party had no real directional alternative and no experience leading anything bigger than a marching band. But they had Gough Whitlam at the helm, a gifted orator in contrast to the piece-of-cardboard Prime Minister William McMahon. So they let Whitlam do what he did best, and supported him with a super-simple message: 23 years is too long. The Australians bought in and elected the Labour Party. As it turns out, they got what they paid for. Three years later, in what’s still the greatest political and constitutional crisis in Australian History, Whitlam’s government was dismissed by the Governor General. There’s even a miniseries about it. 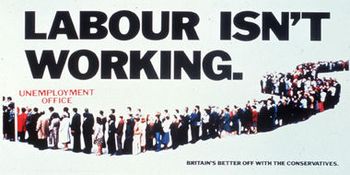 We featured this line in a previous blog, and it’s worth revisiting because it’s that good. The late 70s in Britain were marred by industrial strikes, closing factories and way too many unemployed people. So when Margaret Thatcher, new leader of the Conservatives, tapped ad agency Saatchi & Saatchi to give them a takedown line, they came back with “Labour Isn’t Working.” Ugh…it’s so good. 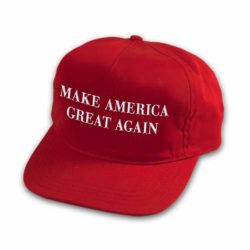 Say what you want about The Donald, but you can’t deny that he’s a skilled marketer. In four words, he captured what much of the country was feeling. It was simple. It was motivating and it got the job done. Not to be understated, it also works perfectly as an easily repeated acronym: You can say “maga” and not trip over it. In the hashtag-dominated world of today, considering this is critical. 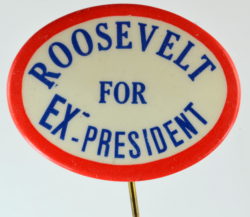 Chutzpah of the highest order.