Lead vs. Lead vs. Led….I’m Seeing This One Way Too Often Lately! 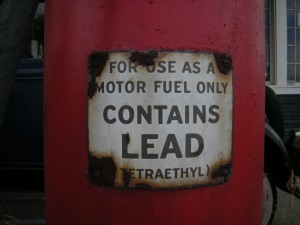 If you’ve been following the Re:word blog posts each month you know that we try to include at least one “vs.” themed post (if you haven’t, go back and read them because they’re pretty enlightening).

This month, we’re going to toss three words into the ring. I’ve been seeing a lot of confusion with these ones lately, so this must be a good time to straighten it out. Keep reading to get a handle on lead, lead and led.

Lead that Rhymes with “Bead”

Lead that rhymes with bead may be used as a verb, a noun or an adjective, depending on what you’re trying to say. This version of lead is typically associated with being in front of or in charge or something.

As a verb, “You must lead the rest of the group out of the woods.” As an adjective, “You have been chosen as the lead writer for this project.” As a noun, “She is in the lead, and will likely win.” You can also use this version of lead as a noun, meaning dog’s leash.  “The dog must be secured to the lead in order to perform the training exercises correctly.”

Lead that Rhymes with “Bed”

The word lead that rhymes with bed refers to a metallic element that’s found on the Periodic Table of Elements under “Pb.” This form of the word is a noun that you may encounter when dealing with old paint or pencils or even bullets.

Lead and lead as listed here are actually heteronyms, meaning words that are spelled exactly the same but have different meanings and pronunciations. We dedicated a post to heteronyms last month to clear up any confusion about what they are.

The word led refers to the past tense or past participle of the verb “to lead.” As an example, “Re:word Communications led all their clients to the promised land of French/English translation.” Or “This company has led more writers to professional careers than any other.”

Once you go over it a few times, the meanings are pretty straightforward, but when in doubt check the context of the sentence. Lead rhyming with bed is always some form of the metal. Lead rhyming with bead and led get confused most often when used as a verb, so just take a look at the surrounding sentences, determine whether it’s past or present tense and go from there. Lead is always in the present tense and led is always in the past.  Good luck!