Hello, I’m Memorable: 4 Keys to Naming a Business or Product 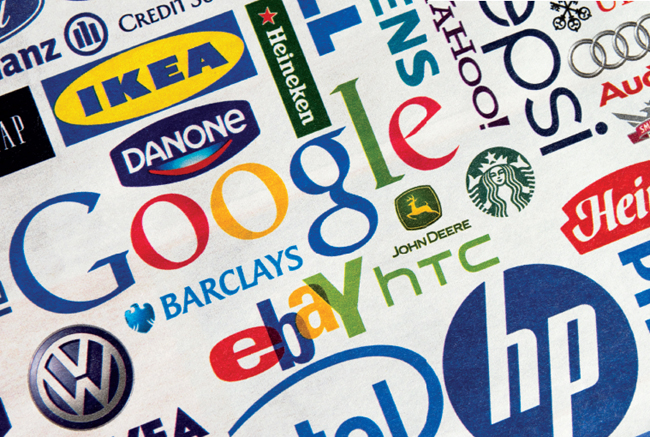 Let’s talk about what seems like the easiest thing in the world to do, but the hardest thing to do really well: give something a name.

Have you listened to parents recount the way they came to their kids’ names? You’ll get the odd “we just knew we had to name her Gertrude” or “we both said Skye at the same time” or “my dad’s name was William so it was a no-brainer.”

But most of the time, it goes a little something like, “I wanted Wilma and she wanted Betty. We fought about it for months until she was born. But when we saw her, we knew she was a Pebbles.”

As a business owner, product developer or marketing manager, you don’t have the luxury of waiting until the eleventh hour to come up with a name you love. You have websites to write, collateral to print, social media feeds to populate, trade shows to attend, and, and, and…

So if 2018 is the year you get to name something, keep these tips in mind:

Great names are quick and easy to say. Think of all the one-word companies the world deems progressive: Apple, Uber, Google, Rogers. All two syllables ¾ and all following the same linguistic pattern: LONG-short. APP-le. OO-ber. GOO-gle, etc. There’s a reason for this. The pattern demands attention because it forces you to emphasize the word right away. You’re not limping in to the word; you’re jumping in full throttle.

If you’re leaning towards a two-word name, follow the same convention with both words: two syllables or less, with the emphasis up front. Under Armour. Perfect. Easy.

Once you start getting into multi-syllable names, you run the risk of mispronunciation and confusion. And you’re never going to keep your name on the tips of people’s tongues if they’re too long to sit there comfortably.

That brings us to important tip #2:

Easy to say. Easy to spell.

Two words/two syllables is fine, but make sure you have the right ones of each.

Flyynneyl Shloeby. There’s a two-and-two name. But can you say it? Would you know how? Do you think you’d say it differently than your neighbour? And is that a problem?

A few years ago, Korean car-manufacturer Hyundai ran a TV ad (during the Super Bowl, no less) that taught people how to say their name. “Just remember, it rhymes with Sunday…” went the ad. Fantastically eye-opening spot and very funny. But we STILL hear Hi-un-DIE all the time.

Clearly this isn’t much of a problem for them as they’re doing something right. But if you have the chance to avoid confusion, take it.

When someone hears your company or product name for the first time, they don’t know it from Adam. So what’s going to intrigue them to want to find out more?

We’d argue that there has to be something in it for them.

One of our favourite brand names is Volkswagen. No, it’s not a two-syllable word ¾ but it’s a German word so the conventions of English don’t count. But translated, it means “car of the people.” That’s a pretty bold statement and one most people would want to know more about. Car of the people? What does a car of the people have? I’d need to see. Show me this car of the people.

We mentioned Google before. Let’s look into that for a moment.

The word googol represents 1 followed by 100 zeroes. When we were kids, we all probably used that term at one time or another (I love you times a hundred/a thousand/a million/a billion/a googol!). So when Google’s founders conceived of a place to get all the answers you’d ever want about anything, googol made sense. A quick spelling change and voila: the empire is born.

What you want to avoid is anything too cerebral or clever that people have to think too hard about. Because they won’t sit there trying to deconstruct what you mean by your name. They’ll move on to a competitor whose name they understand.

Once you have a name you like, register it. Spend the money to trademark it so no one else can take it from you. It would be a shame to put in all that branding work only to get shut down the week you launch.

OK…so now that you have tips, where do you begin?

You begin by writing. You write down your first 100 names. They’ll all be crappy. And that’s okay. They’re supposed to be crappy. This part of the process is called “flushing your system.” Get all the garbage out.

Then you’ll look at the names you have and probably notice a few “thought starters” there. These are directions you can take your name.

So with those in mind, you’ll write 100 names for each of those thought starters.

Now you have a huge list to start paring down. Cross out the really stinky ones, but circle the ones that aren’t so bad. Then group the ones you have left into themes. You’ll start to see certain words

over and over again, and that’s a good thing because they’ll obviously mean something to you.

Pull those words out and start playing with them. Combine them in different ways. Look them up in the dictionary and the thesaurus. The more you tinker, the closer you’ll get to Eureka.

And when you get there, you’ll know.

If it sounds like a lot of work, it is. A good name can take weeks, even months to come up with. Don’t have that kind of time. We do.