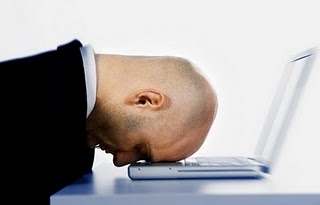 As copywriters, we immerse ourselves in our clients’ businesses. We get to know everything about them because it’s our job to essentially become them. We assume their voice, their tone and manner, and their personality. Their aspirations become our aspirations. Their promises become our promises. And their customers become our customers.

But getting to that point is a massive challenge. It takes iteration after iteration, feedback loop after feedback loop. It takes brainstorming sessions, working sessions, marked-up copy decks, more sticky notes than we can count, and a lot (a la-hawt) of late nights trying to crack the code, nail the voice and make the arguments our clients need us to make for them.

And it’s made all the more difficult by the fact that they taunt us.

Years ago, we were working on a copywriting project for Nissan. It was a beast of a project: Eighteen 25-page brochures for 18 different models. The volume alone was a challenge, but it was exacerbated by the fact that much of the information was the same but had to be served up differently in each piece.

Imagine having to describe the functionality and reasoning for Anti-Lock Breaking Systems 18 ways:

– Anti-Lock Breaking Systems (ABS) prevents skidding in wintery conditions by making sure the wheels keep turning and maintain a tractive contact with the road.

– Anti-Lock Breaking System (ABS) technology is what will keep your car from skidding off an icy road by making sure your wheels continue to turn and your tires continue to grip.

That’s two. Now do sixteen more. And while you’re at it, do 18 versions for child-lock windows, seatbelts, air conditioning, seat-warmers, USB power outlets, a V4 engine, every other standard feature Nissans come with and all available Nissan upgrades.

As you can imagine, it was hell on earth. And here’s where the taunting came in: we saw Nissans on every street corner.

Haunted and taunted at the same time

It wasn’t that there were more of them on the road, and it certainly wasn’t because our work boosted sales by 4 million percent (if it had this would be a very different blog).

It was because we started noticing them.

We saw Nissans on the street and in movies where we probably never would have before. We saw Nissan TV ads everywhere (FYI: we’re big NFL fans and Nissan is an NFL sponsor in Canada, so every commercial break was Nissan).

And every time we saw one, it was like our client was mocking us. We couldn’t escape the stress of writing 65,000 words. And every sighting reminded us how far we were from becoming Nissan.

Then we started dreaming about Nissans. We weren’t just falling. We were falling in a Maxima. We weren’t just sitting on the edge of a gorgeous river next to grazing unicorns and dancing leprechauns. We were sitting in a convertible Z. And when our dreams took us to far-off lands, they took us there in a Pathfinder.

It obviously wasn’t intentional (or it was and it’s to this day the most highly coordinated terror campaign of all time). But intentionality doesn’t mean anything when you’re being constantly reminded of your failure.

According to psychologist Sherri Klein, this is common across industries.

“The subconscious’ ability to activate the conscious mind is one of its greatest powers,” says Ms. Klein. “It can show us what it wants us to see. This isn’t to say that we hallucinate or anything, only that we become hyper aware in the real world of what’s taking up large parts of our minds.”

But the Copywriter’s Tides Always Turn

We eventually cracked the Nissan file, delivered a winning campaign and moved on to the next job. It would’ve been great to see Nissan after Nissan post-campaign. A metaphorical pat on the back.

But we had started another project for a flower shop. So all we saw were men carrying flowers. Again, more than you’d think.

Breaking the Curse: Is it possible?

Short answer. No. As Ms. Klein inferred, our minds are hard-wired to do this.

The only real solution is to achieve Nirvana faster. We have it today with a major shipping company. We see their trucks everywhere and we seem to be seeing more of them. We’re happy to take full credit for growing their business to the point where their logo’s on every corner. But we know it’s just the curse — even if it doesn’t feel like one this time around.