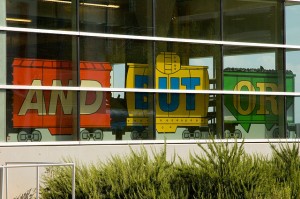 Conjunctions are a quintessential part of our everyday language. Being one of the nine parts of speech (along with nouns, verbs, articles and such) their job is to connect.

Unfortunately, conjunctions are frequently used the wrong way. It happens so often that you’d need an extra strong magnifying glass to spot it (or a really good proofreader). Lucky for you, we’re here to clear things up when it comes to conjunctions. The following are the different types of conjunctions and when to use them.

The simplest and most widely used, these connect two independent clauses. Words like and, but, or, for, yet, nor and so are among them. Commas often accompany these conjunctions to further aid in dividing the sentence:

Nina doesn’t have time to do her taxes, nor does she want to.

Mike is the best student in his class and he knows it.

These can be used to introduce a clause, or to treat the clause that follows as less important to the independent element in the sentence. Examples include, although, as, because, if, like, though, unless, until and while. Like is often used when as should be there instead:

The word like is so overused in everyday language anyway that it’s best to try to avoid it altogether.

These join various sentence elements that should be treated as grammatically equal. They are sets of conjunctions used in pairs: both…and, not only…but, neither…nor. Just make sure that your clauses have the same value.

He is both well educated and well read.

Not only does this offer save you money, but it also gives you exclusive membership.

Since a conjunction’s purpose is to sit between two elements, it’s frowned upon to start your sentence with them. However, if done in the right context, this is something you can get away with. Be mindful of this and the other aforementioned differences when you’re connecting your clauses. It’ll help you avoid an encounter with the grammar police.