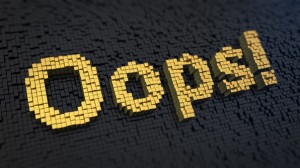 The following examples are words that are very similar to each other, stemming from the same root and often the cause of confusion as a result. Don’t worry — confusing these words is very common and doesn’t make you horribly wrong because differences are subtle. Thankfully, we’re here to put things into the right context. So from now on, you’ll know the right time to use the right ones.

Something that is continual involves a start and stop. Like weather, for example. It will always rain, snow, etc., but it happens here and there. Also things like having a cold, arguing with someone or having to go for jury duty — all of these are continual.

Continuous, on the other hand, is non-stop and never-ending. Things like a regular salary, counting numbers and birthdays. Things that keep coming regularly and won’t cease to stop are continuous.

He’s been battling a continual cough for months.
He continuously receives his hydro bill in the mail.

Something that reoccurs happens again with no specific pattern. Someone getting into a car accident twice in a month, for example, is an instance of a reoccurrence. Or if someone repeatedly wins something from a lottery scratch ticket.

Recurring is when something happens over and over again at a regular rate. For example, if someone has the same dream every night. Or something like a cell phone bill (as a recurring expense).

These two are generally interchangeable. However, some argue that you should use may in instances where something is more likely to occur than something that might occur.

I may go out with my girlfriends on Monday night.
I may buy that purse while it’s on sale.

People often ask about the difference between these two words. And the simple answer is that one is older than the other (has been used for a longer time within the scope of the spoken English word). Among and amongst are totally and completely interchangeable. Although among is used more commonly, amongst is just as correct.

There is a mole among us.
Ted is the one amongst us who has the biggest wine collection.