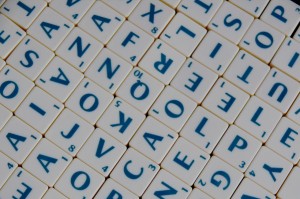 When you sit back and really take a look at the English language — at least our North American version of it — it almost seems unbelievable how we ever learn to communicate. With words that sound the same but are spelled differently, words that look the same but sound different and different rules for similar words, it’s enough to make native English speakers crazy, let alone someone learning it for the first time.

Here are 5 examples of how English really makes no sense at all:

Most English words likely have a back-story of how they came to be. But why doesn’t an eggplant have any egg in it? Or, why is there no apple in a pineapple? Hamburgers don’t contain any ham; sweetbreads certainly aren’t made from bread; and they aren’t sweet, either.

French fries aren’t French. English muffins didn’t originate in England. We park in our driveway and drive on a parkway. When we send a package by car it’s called a shipment, but if that same package were on a ship it would be cargo. And why do our noses run, but our feet smell? Crazy indeed!

Here are a few sentences that make use of these crazy words:

She had a wound on her arm, so she wound the bandage around three times.

The wind was blowing too hard for the man to wind his watch.

Joe wanted to present Sara with her present, but decided it wasn’t a good idea at the present time.

The bear raided the campground and kept eating until the food storage bin was bare.

What about words and their plural forms? More than one tooth becomes teeth, yet more than one booth are not beeth. You can have one goose or several geese, but when it’s a moose, why aren’t they called meese? A mouse turns into mice, but a house doesn’t turn to hice. What gives?

4. The Same But Different

English really does seem like it was patch-worked together, with different contributors taking over as time went along. How else could a fat chance and a slim chance mean essentially the same thing? Or why would a wise guy and a wise man be so far apart in meaning?

Your alarm goes off each morning because it goes on. You fill out a form by filling in the spaces, and you can see the stars when they are out, but when the lights are out, you can’t see anything at all — much like the sense in all of this.

To continue with the general goofiness of the English language, let’s talk about the word up. Up is used in so many different ways it’s mind-boggling.

You look up to see things that are above. You plan to move up in the company, you wake up in the morning just before getting up to start your day. If you want to bring up a topic, you must speak up, but not too loud or you may get written up for bad behaviour.

Of course, it’s up to the boss to decide if that’s necessary, unless you can think up an excuse. If it all goes badly, you can always call up your friends because you’ve likely worked up an appetite, so you might as well cook up a meal, even if you do mess up the kitchen in the process.

I could go on…but the rest is up to you!