The demise of email has been greatly exaggerated 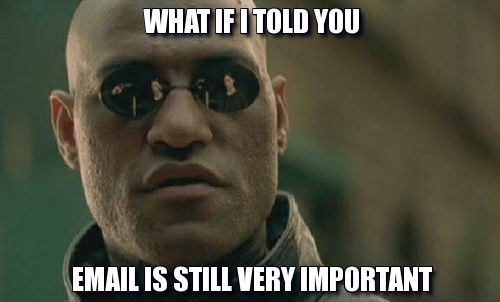 So, about that prediction a while back that email was going to go the way of cassette tape — looks like that was a whole lot of nothing.

Email is STILL the most influential source of outward-bound B2B information. In fact, the only two sources of information that rank higher are co-worker recos and advice from industry-specific thought leaders.

That puts email in pretty impressive company. But some people are still not convinced. They think email is archaic and that platforms like Slack are superior — at least, that’s what these platforms are touting. But they’re not having very much success.

Email isn’t going anywhere. It’s easy. It’s universally accessible. It’s become part of our behaviour since we all got our first hotmail addresses in the late 1990s. And kudos to all the contrarians out there who had a “coolmail” address.

But here’s the best reason for sticking with email:

A recent study found a $44 return for every $1 spent on email marketing.

Take every opportunity to add more email addresses to your list. There’s no wrong way to do this. Some of the more common tactics include:

We came across this blog post that breaks down the value of an email address. It’s an interesting read, but the money shot of it all is this:not only is email the most effective form of marketing, it’s also the most profitable because you don’t have to spend a lot of money to get email addresses. You just have to give people a reason to offer you a place in their inboxes. And from there, the following equation applies:

Now simply plug in your conversion rate and your average order value and you start to see what a quality marketing email campaign can do.

You didn’t spend any money. You didn’t run an ad. You sent an email. 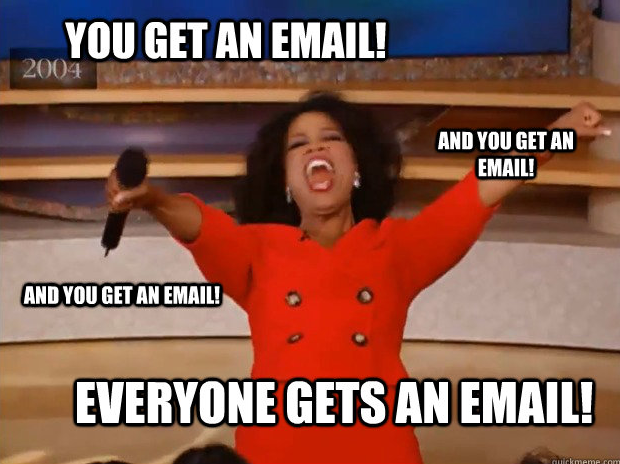 This is the key to maximizing the equation above: you have to get through people’s natural inclination to delete emails before they read them. And this is where you need a good copywriter.

We approach an email this way:

Subject lines— They’re everything. If they’re not compelling, the email won’t get read.

Headlines— Email readers really don’t have a lot of time. Get. To. The. Point.

Offer— What’s in it for the recipient?

Strong Call to Action— Get good at being direct in a friendly way. Tell people what you want them to do and why they should. Do that and they probably will. 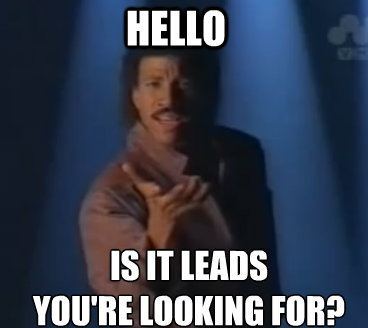 It doesn’t matter how often you communicate with the folks on your list. But whatever schedule you choose, stick to it. You win when people start to expect and look forward to your presence in their inboxes.

We send out a monthly email. People like it. And you will too. Sign up for it on the bottom left corner of our home page.

Half of copywriting is knowing when to stop writing

Young scribes new to copywriting have a tendency to overwrite. And they do it for different reasons. Some want to show off their vocabularies. Others want to be super-diligent in their explanations. A few draw their writing inspiration from the verbose masters of English literature like Charles Dickens who, while we love the guy, was most likely allergic to short sentences.

But here’s the thing about copywriting that separates it from every other form of writing out there: no one wants to read it.

That’s not to say they won’t read it. They will, but they have to be convinced. A big part of that convincing process comes down to time: you can’t waste a split-second of it because it’s without a doubt the most valuable commodity you, we and everyone on the planet has.

The reality of brevity

To write a little takes more time than to write a lot.

Axiomatically, that doesn’t make sense. But think about your own writing (like an email to a friend). If you just spew out whatever’s on your mind, you can write it, send it and be done. But if you go back, review what you wrote, take out sentences you think might offend them or be interpreted improperly, shorten your thoughts so you get the response you want and make sure your recipient fully understands what you’re saying, it’s going to take a lot longer.

Now imagine you’re trying to sell something: a product, a service, an idea. You’re competing with everyone else in the world trying to sell products, services and ideas, so you have to do it quickly. You’re competing with modern attention spans (that really shouldn’t be called spans at all because for something to span it should at least be more than two seconds long) so you have do it compellingly. And you’re competing with consumers who demand more than the facts. They want to be entertained. Their entire relationship with social media is about being entertained. They willingly give up their personal privacy to be entertained. So you have to make them laugh, cry or think.

And you have to do all that in a matter of seconds, lest you fade into the background of obscurity.

So when we come across a piece of copywriting that says everything it needs to say in a few choice words, we graciously tip our hats because it’s not easy.

The Economist has a rich history of brilliant copywriting. It helps that every ad they put out has the same message: read The Economist and you’ll be smarter. Each one’s better than the last one, but for us, this one sits alone at the top. 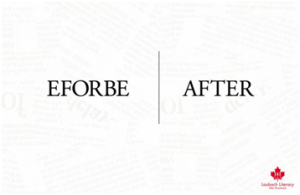 This one’s for Canadian Literacy Foundation’s fundraising for dyslexia research campaign. They could’ve spent all day going on about the science of dyslexia, its effect on children, and why it has to be researched and eradicated. But instead, in two words (well, one word and one kinda word) they demonstrated their value to the world. Genius. 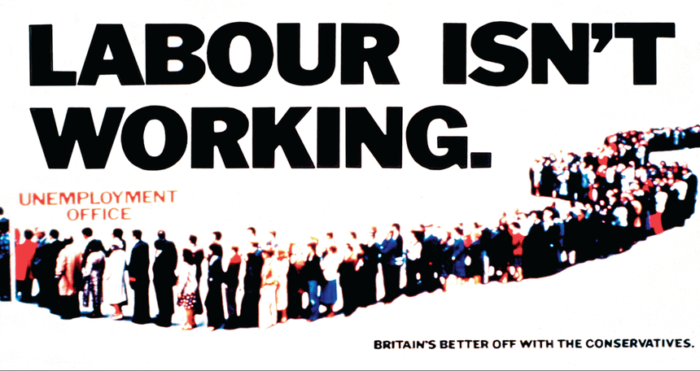 We talked earlier in this post about being quick, compelling and entertaining. In three simple words, they nailed all three. You can’t read this headline and not feel your eyebrows and sides of your mouth rise uncontrollably. 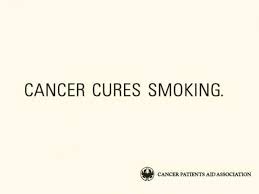 Another three-word ad that says it all. Again, they could’ve gone all doom and gloom, showing sick people and dirty lungs or heart-broken widows. But instead, they did quick, compelling and entertaining in three words.

Publishing, charity, politics and health. That’s diversity right there. But the approach to the copywriting was the same: say it straight with a bit of style. In each of these cases, the writer had every opportunity to wax on for paragraphs. And they could’ve.

But they chose something else. It’s why their work is so respected. And why it works so well.