What we look for in a copywriter

Of course you have to be a good writer.

You have to be able to string sentences together and keep us reading them.

But that’s just one part of it.

The other part of it is an insatiable need to know.

When you’re writing about something, you have to want to dive deep into it and learn everything you can about it.

You have to instinctively understand that the more familiar you are with something, the more likely you’ll be to find a unique angle that’ll make your audience go “hmmm…” and want to know more.

And you have to believe that there’s something interesting about everything if you’re willing to put the work in to find it.

Yes, copywriting is about style. But it’s more about substance and research.

We can tell if someone’s mailed in that part of the job. Not because we’re professionals. Because we’re people who read. We know when our time’s being wasted with things we already know. And we hate that, because time’s ultimately all we have.

We can teach the craft. We can suggest techniques to get writing punchier and tighter. And we can edit the hell out of a piece until it sings like a boys’ choir. But we can’t teach someone to want to learn more. That’s instinctive. Either you have it or you don’t.

So, yes. We want writers. But more than that, we want learners.

Sound like you? Great. Let’s talk. We’d love to know more about you. 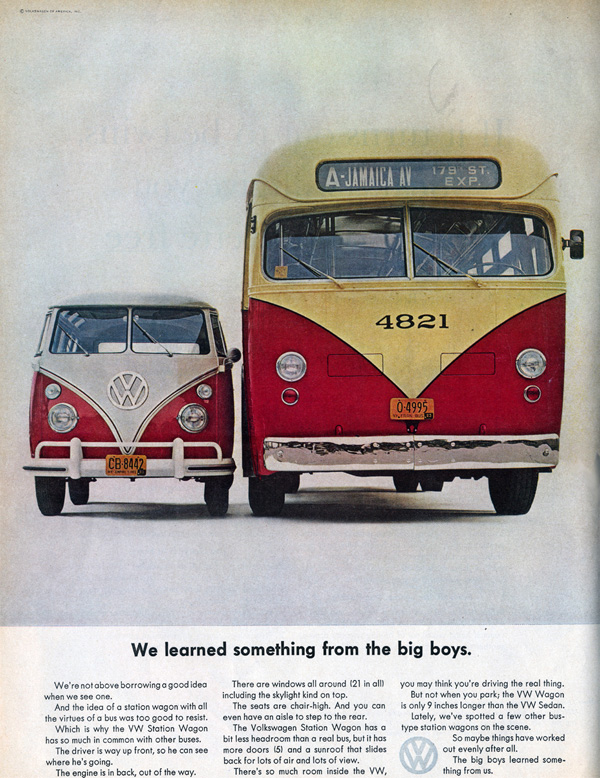 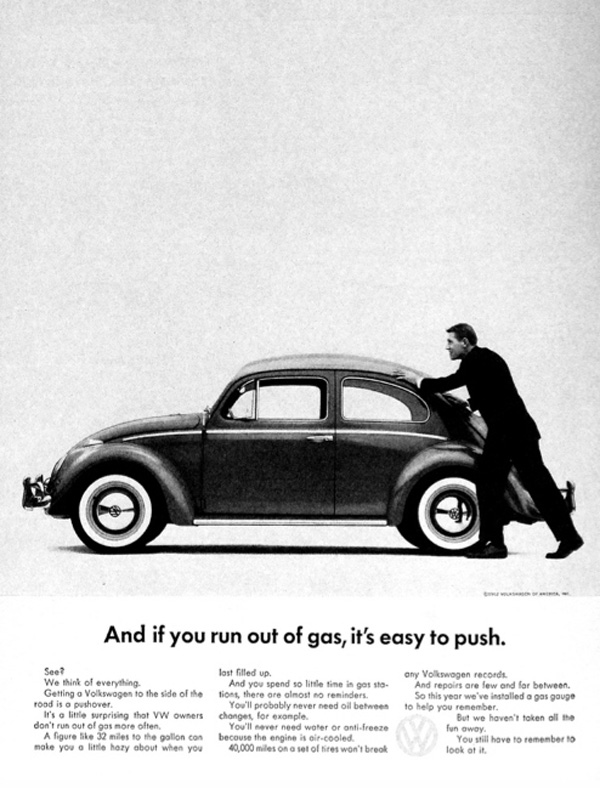 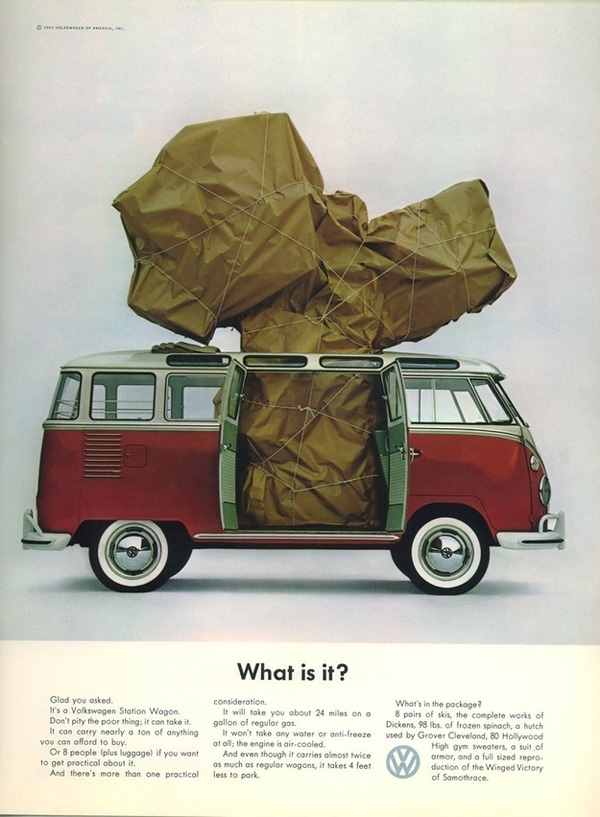 The best answer ever

We just started working with a client who has offices in Bogota and Athens. In our initial interview, for our own curiousity, we asked him why he chose those two cities. His response: “salsa and island-hopping.” It made us so happy.

Our dream’s a bit different. Eventually, we want to buy a boat and run the business from wherever we are. Right now, we’re toying with “Capital Sea” and “Write Full Rudder” as names. But we’re open to suggestions if you have any.

We’re also debating where to go first. Gina says Sardinia. Dan says Portofino. We could probably do both. But for that to happen, we need to staff up. So if you know any copywriters, copyeditors, proofreaders or translators, please send them along. “Decked out” (ooh..) isn’t gonna buy itself. 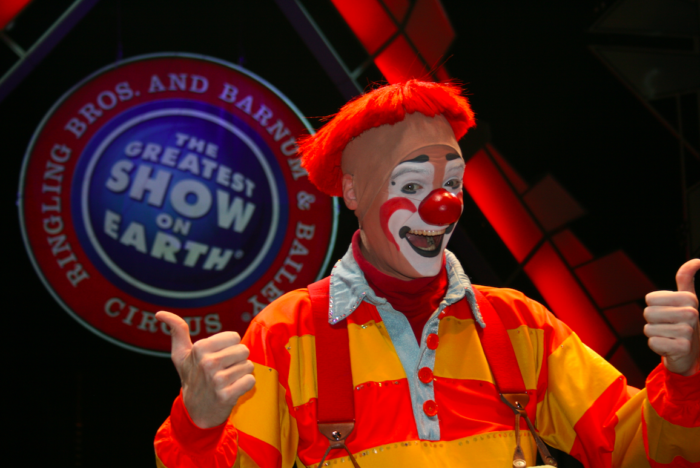 Billy’s grandfather took him to the circus when he was eleven years old. When they got in under the big top, Billy’s eyes lit up. The sounds. The colours. The energy. He could hardly contain himself. But then his grandfather showed him the tickets. Front row! Heaven.

They sat. The lights went down. And out came the clowns. The crowd erupted, but no one cheered more than Billy. So much so that the head clown took notice. He walked over to Billy. The music went down. The spotlight flipped on and shone down on Billy. The clown pulled a fuzzy microphone from his over-sized coat, put it to his mouth and cleared his throat.

The crowd roared with laughter, but Billy was mortified. The clown put the microphone to Billy’s mouth, almost daring him to say something. Billy froze. He had nothing but a single tear rolling down his cheek. He ran from the big top to the sound of a mocking audience.

The next day, Billy’s grandfather enrolled him in a kiddie improv class where he learned the art of zinging quickly. Grandpa vowed to bring Billy back to the circus so he could confront the clown.

Five years later, they went back. Same big top. Same seats. And the same clown came out. This  time, Billy was ready. He made sure the clown saw him. And sure enough, the clown came over, and pulled out the microphone.

The derision in the crowd was palpable.

Billy ran out in tears.

Being sixteen now, Billy was able to make his own decisions, and he decided to enroll in the International School of Comebacks in Denver. For eight months, he practised. And he got really good.

He came home and was ready.

This time, he bought the tickets and invited his grandfather with him. Same big top. Same seats. And yes, same clown.

“I concur. Message is authentic.” 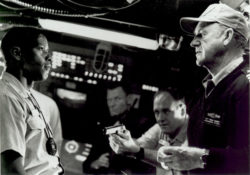 “Give me the missile keys, Mr. Hunter.”

If you smiled when you read the headline, then you’ve seen the most well-written action movie in the history of action movies: Crimson Tide. The movie takes place almost exclusively in the belly of a nuclear submarine where Captain Ramsay (Gene Hackman) and Lt. Commander Hunter (Denzel Washington) represent opposing sides of a debate with no clear right and wrong. To say anything else would spoil it, but here’s what we can tell you:

The script is riveting. During filming, director Tony Scott felt the script lacked intelligence and sophistication, given the level of talent he was working with. So they brought in a young writer to punch it up, a writer they heard had a gift for dialogue. That writer: Quentin Tarantino.

The supporting roles were perfectly cast. Look out for George Dzundza as the Chief of the Boat. Note how “professionally” he delivers his lines. Same for the youngish James Gandolfini. But the killer performance for us was Viggo Mortensen’s as the guy with an actual finger on the actual button.

The pauses are better than the action. So much of writing is knowing when to put the pen down and just let the situation sink in. This movie masters that. It’s so intense.

The soundtrack is AMAZING to write to. If you’re the kind of writer for whom silence is louder than noise, and you need something on in the background, we can’t recommend this Hans Zimmer special enough. Quiet enough to keep you from losing focus, but powerful enough to inspire greatness. Your fingers start moving and they don’t stop.

You’ll want to watch it again. Certain scenes have to be watched twice (even thrice) to fully appreciate. The quick cuts to facial expressions. The intonations. And, of course, the intense moments of silence that leave you on the edge of your seat. Movie-making at its finest.

January 2003 was a really tough time for me.

The previous June, I was let go from my first ad agency job. “No problem, I thought. I’m talented. I’ll get another job in no time.“

Six months later, I had no money or prospects of making any. My EI had run out. And I developed a nasty case of insomnia. After about two weeks of sleeplessness, when the delirium had sufficiently set in, I got the brilliant idea to show up at Roche — THE hotshot agency at the time — at 7:30 in the morning and park myself in their waiting room until someone saw me.

On Thursday, January 30th, after being alone with my negative thoughts for 240 hours, that’s what I did.

Roche’s waiting room was a white and blue room with two chairs, a couch and a telephone in the middle. It also had a glass wall that faced out into the hallway. Perfect, no one’ll notice the bags under my eyes and the desperation in my posture.

I picked up the phone. “Good morning,” the voice said. “Who are you here to see?”

This was my moment.

“I’m a young copywriter looking for work,” I said. “I’ll see anyone who’ll see me.”

Seriously? That worked? Had the delirium finally morphed into hallucinations? Nope. This was happening. Geoffrey Roche was going to come see me. He was going to look at my book and hire me on the spot. And I was going to learn from the best in the game. Amazing.

But wait…I hadn’t slept in two weeks. Did I look it? Was my first impression going to be an unkept, exhausted desperate failure? Shit. This was my one chance. Fuck. Mr. Roche is going to take one look at me, laugh in my face and kick me out.

No problem. People are busy. Meetings. Brainstorms. I remember those. All good. Feeling better. Maybe I’ll take a quick nap? No. Don’t do that.

“I’m really getting sick of playing snake on my phone. I wish I could, like, go on the Internet or something. That’d be cool.”

“Maybe I should leave? This was stupid. Who does this? Who do I think I am? Just show up like this? The chutzpah!”

“That’s it…it’s enough already. I’m leaving. This was a waste of time.

Jim was Jim Diorio, a senior copywriter. He took me into his office. He looked at my book. He told me what he liked and what he didn’t. He gave me advice. We met for a good 25 minutes. Nothing came of it, but that wasn’t the point. He met with me. 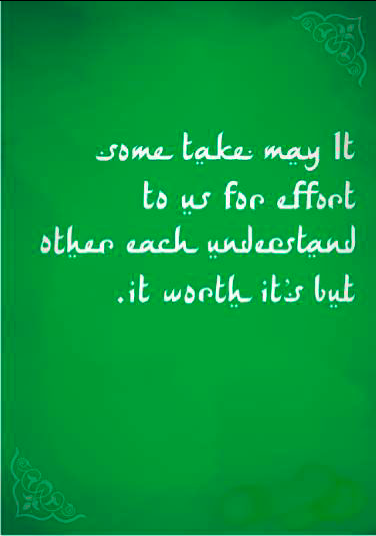 This is one of Jim’s best. Look at it ’til you get it. So worth it.