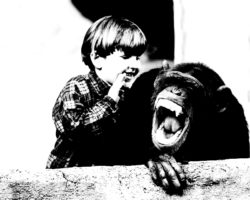 But the reality is that writing about yourself is hard. You’re too close to what you sell. You can’t separate what you’ve learned from what you instinctively know, which is tough because you have to stay firmly with the latter or you’ll lose your audience.

That’s why people hire us. We came close to hiring someone — but pushed through in the end. We’re glad we did — it’s some of our best work.

We hope you like the design too. Allie Payne did it for us. She dug deep to find the perfect image for each page. And she nailed it all. Our favourite is the gentleman on the editing page. We named him Maurice. He looks like a Maurice, no?

Fusion Studios Inc. did the development. They were very…um…patient with us. Kudos to you, Kevin. You’re the guv’nah!

We also started using Canva to make Instagram posts. Honestly, it’s a writer’s best friend. We can’t design our way out of a paper bag. Now we don’t have to.
Check out @rewordcommunications.

And please pass our new website around. Tell your friends. Tell your enemies. Tell your customers and suppliers. Tell your parents and grandparents. Show your dog (kinda curious to see what happens there). And tell anyone you know with any connection to the marketing department at Club Med. #DreamClient 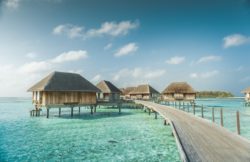 If you spoke French like Phoebe, you wouldn’t need us. But since you speak it like Joey, drop us a line at info@reword.ca and let us help you out.

Typos are like stains. When your reader spots one, it’s all they can see, which means they’re not really concentrating on the rest of your content. What a waste. 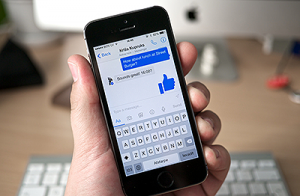 If you’re one of those people who correct people’s spelling on social media, we kindly ask you to stop doing that. It’s annoying. It serves absolutely no purpose other than to embarrass. And honestly, if you have nothing better to do than correct someone else’s spelling, then you need to question your life choices.

Now, this isn’t to say you can’t make fun of them behind their backs. If someone doesn’t know you’re/your/yore, they deserve a feature in your next BuzzFeed-style shaming compilation. The comment section on Fox News is particularly rich with this kind of stuff.

But don’t publically correct them.

Let our collective judgement of them as people be enough. They won’t know you’re laughing at them. And they don’t have to know. They wouldn’t believe it anyway. And you won’t look like a pretentious d-bag — because who wants that?

We appreciate your restraint — we know it’s hard.

As of this writing, Re:word has three heirs apparent, all under the age of four. Naturally, we’re preparing them to take over as soon as possible so we can retire to the yacht. That means exposing them to fantastic writing and fantastic authors. Like Nick Bland, an Australian children’s writer whose work focuses on Bear and his friends Zebra, Lion, Moose, Flea, Boris the Buffalo and others.

What makes Nick’s writing so good is that it’s fun to read. And it’s not just the stories themselves. It’s the attention he pays to cadence: the beat of the words — and he doesn’t miss one.

A lot of children’s authors will force a rhyme into place like this:

This is John and this is Jane

And yesterday they got on a plane.

The yesterday is off beat. That should be a two-syllable, front-heavy word like ¾ well, like “heavy”: HEA-vy. 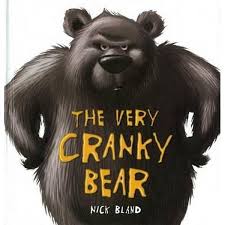 Most parents excuse this kind of laziness. We’re not most parents. And neither, it seems, is Nick Bland.

“This is Bear and this is Flea

But flea’s a little hard to see.”

“In the Jingle Jangle Jungle

on the edge of Slimy Bog, 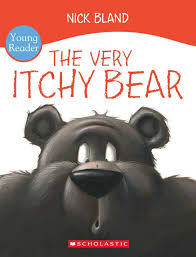 “To draw kids to reading, you have to make them feel good when they read,” says Jodi Goldstein, a reading specialist in Toronto. “Our brains are naturally comforted to patterns. It’s why we sing nursery rhymes. And it’s why you’re so jarred by a lyric that doesn’t rhyme or a line that throws off the beat.”

Jodi loves Nick’s work from a few different perspectives. “He mixes up the syllabic structure from story to story, and even from page to page within a story — but he never loses the beat. That’s not easy in its own right. He’s also skilled enough to fit his ideas into the structures he creates, and still make them palatable to kids.” She says she can easily pull out story morals from Nicks’ work, and they’re very repeatable:

“So Bear and Boris Buffalo went back to Froggy’s Cave,

agreed that bears and buffaloes are equally as brave.” 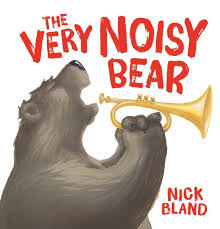 As a bonus, Bland’s books are beautifully illustrated, very colourful and look great on a shelf. Look for his books online or at all the best kids’ bookstores. Here’s his entire catalogue as of this writing.