When Isolating Thoughts, Finish the Way You Start 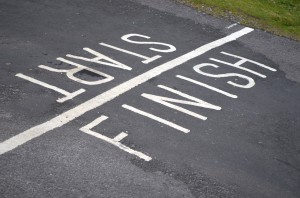 When isolating thoughts with commas, dashes and semicolons, people tend to mix and match these marks of punctuation for some odd reason. As if they don’t want to leave any of them out of a particular sentence.

Let’s get one thing straight: it is absolutely correct to use more than one type of punctuation in a sentence. But if you want to isolate a thought, you need to use the same punctuation mark at the beginning and end. Unless a period is going to finish off everything.

For example, if you include an em dash (—) to separate a thought within a sentence, cap it off with another em dash. Don’t suddenly have a change of heart and use a comma instead. You’re probably thinking, “Why on earth would someone do that?” It’s more common than you’d think, hence the need to draw attention to it.

Let’s look at this scenario in the following example:

Doug was worried about his cat Felix — albeit slightly — while he was in surgery.

The “albeit slightly” being isolated in this case could have been separated by commas as well. But starting with an em dash and finishing with a comma is not okay. It looks sloppy and careless. And it’s wrong.

Semicolons (;) should only be used in one instance, separating two thoughts that are related to each other. Unless you’re listing something that requires deep explanation. You can read more on that here.

For the most part, commas and dashes are interchangeable. Just remember to keep it consistent within the same thought. Fewer editors around the world will be cringing. And we’d like to thank you in advance for that.

How to Avoid Redundancy 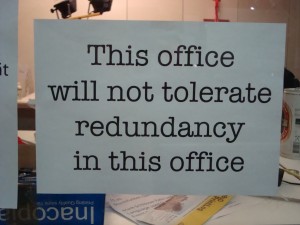 Saying the same exact thing twice in the same sentence is a waste of everyone’s time. Being redundant is almost like being irrelevant. And if you really think about it, saying something more than once is simply not necessary. It comes off as careless writing with less thought put in. If people see that you don’t show respect to the craft for writing, they could very easily take their reading elsewhere.

One instance of whatever it is you’re saying should be more than enough to get the message across. The following examples demonstrate some redundant phrasing that can be further refined.

If you use too many of these (and by too many, we mean more than one) to highlight the same clause, you’re being redundant. Saying something is also happening in addition to happening as well doesn’t make the statement any stronger. In fact, it does the opposite. Pick just one. Any of the aforementioned examples work, as long as it’s just one.

Also, the report showed an increase in sales as well.

Also, the report showed an increase in sales.

The report showed an increase in sales as well.

But, Yet, Because, Thus

Some people like to use two of these words side by side when starting a sentence. You don’t need both. In fact, you really don’t need either. But if you must use one as a bridge between sentences, all you need is one.

Yet, because of the drop in sales, the company needed to downsize.

Yet, the drop in sales caused the company to downsize.

Because of the drop in sales, the company needed to downsize.

See how you only need one? Think of dropping an extra word as de-cluttering your writing. Your sentences will read much more fluidly, making them easier to digest. Remember that in most cases, less is more.

The Never-Ending Battle with Autocorrect

While it tends to act quite favourably when you’re typing at lightning speed on a mobile device, autocorrect is more of a troublemaker most of the time. Especially when it comes to texting or emailing on smartphones and such. Sometimes autocorrect knows what word we’re trying to type and it finishes our sentences like it’s our soul mate.

For those times that it chooses not to get us, there are some ways to make sure that grammar, spelling and word choices are in their right places. Here are a few things to consider when dealing with automated grammar police.

The Right Word at the Right Time

Unfortunately, developers of such automation haven’t settled on a way for it to decipher the correct use of context. You may have spelled the word whether correctly, but it’s wrong if you’re using it to describe how badly it’s raining outside. And such instances are not caught. So keep an eye out for homonyms that can be easily confused.

The Right Use of Singular/Plural

Another aspect of grammar that auto-correct doesn’t usually catch it presenting a clause that is singular or plural. For example, if you say there’s a lot of people attending the event, you’re wrong. Because people is a plural clause, it should be described with there are as opposed to there is.

When you’re reading through your work, isolate your sentences and look at each clause within that respective sentence to see how such information is being described. Plus, with that kind of attention, you may catch other mistakes you overlooked earlier.

The Right Attention to Detail

If you don’t trust yourself with the responsibility of catching such grammatical nuances, there are plenty of trusty editors out there that would be more than happy to.