We can always question whether we’re using the right conditional word, even if it’s grammatically correct.

In many cases, if and whether can be used interchangeably. But there is a time and place where each one serves its own purpose more effectively. These discrepancies (although not a major mistake and often overlooked) still have the power to make some editors cringe.

If and whether are used to introduce or compare either unknown factors or future plans.

If is used more so when asking a question, or in more casual instances.

Whether is used more so in a statement or reflection of the said question (as commentary, for example), or in more formal instances.

See the differences in the following examples:

I don’t know if I should get chocolate or vanilla ice cream.

The boy was unsure whether to get vanilla or chocolate ice cream.

What if there is no ice cream left by the time we get there?

We weren’t sure whether there would be any ice cream left over by the time we got there.

Watch Out for Run-On Sentences

This is by far the most common correction an editor will come across. It makes sense, especially with someone who isn’t necessarily a writer, per se. People get lost in their own train of thought, and what should flow smoothly and read like a story ends up sounding like a big, bulky stream of consciousness.

Remember that in your writing, your end goal is to communicate with other human beings that are likely less well versed on the topic than you are. So you need to make what you want to say clear. Again, you are trying to communicate. And it’s far more effective when you break up a longer sentence into two or three smaller ones.

Succinct points have a bigger impact. See? Those pauses give your reader a brief moment to stop and reflect on what they just read. If your sentence is longer, they need to recall more information, which many simply do not have the patience for.

Moreover, if you combine multiple clauses into one sentence, they’re equally sharing the spotlight of your attention. Thus, they are only one-third as effective as their full solo potential grants them. In this sense, one long sentence says a whole lot of nothing versus a few punchy ones that say something more specific.

Let’s look at this in the following example:

I took the dog for an unusually long walk today, after which we sat and watched the sunset, so it was a very long day to say the least.

Grammatically, this sentence is correct. However, it reads better in either of the following ways:

I took the dog for an unusually long walk after which we watched the sunset. It was a very long day, to say the least.

I took the dog for an unusually long walk today. Afterwards, we sat and watched the sunset. To say the least, it was a very long day.

See the difference breaking things into smaller parts makes (along with a little restructuring)? Reading over your work usually helps solve this problem. Of course, Re:word editors are always happy to do the looking over for you. 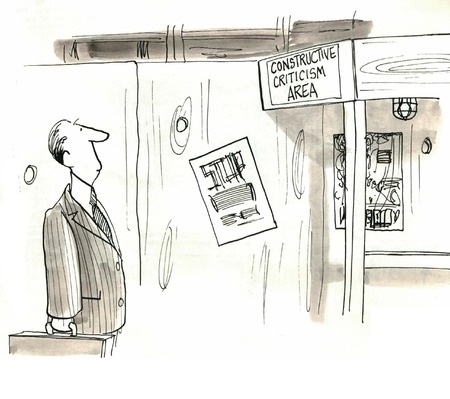 Relevant in all branches of the craft, criticism for writing is bound to find its way to you. Some take it better than others; some give it better than others. We have little control over how we get it, but we indeed have a say in how it’s received. The following are some things to keep in mind when having your writing reviewed (aka, being torn to shreds).

Keep in mind it’s for the greater good.

Getting feedback can only help you grow. Take it and you get better. Although, it also helps whomever you’re writing for, as they will no longer have to deal with your mistakes (just saying). At the very least, even if you disagree with it, you will have a better understanding of how they want the content written.

Don’t be too sensitive.

It’s a common trait for writers to be emotional. How else could they so deeply connect you to the characters they describe? Let’s get one thing straight: business is business. Clients want things a certain way. If you’re hired to write for someone, it’s a business transaction. Drop the ego and learn from your mistakes. If anything, this is a great technique for exercising patience.

Harsh words can do wonders if taken the right way. Of course, the opposite is true as well. Blunt honesty, although rough at times, is a very quick way to learn from very obvious mistakes. In fact, you should appreciate that level of directness as it often means the giver in question respects you enough not to beat around the bush. Silver lining, right?

As we’ve mentioned before in these pages, writing is meant to communicate. You want your message to be clear, easily digestible and simple to read ¾ all while having a natural flow. If your writing is more complex and someone tells you to tone it down, that’s more a reflection on the end goal than it is on your wordsmith capabilities. Remember who you’re writing to, as well as who you’re writing for. At the end of the day, the audience should be just as pleased as the client.

If you’re working on a fictional piece that isn’t a said business transaction, take the subjectivity of a publisher’s criticism with a grain of salt. It all boils down to opinion. And you can’t argue taste. Some of the greatest writers were rejected dozens of times before becoming successful. Just keep your head high and your emotions low. 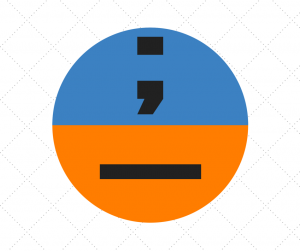 When it comes to separating thoughts and clauses, this tends to be quite a complex distinction to make. Especially when you involve colons and commas as well. Oh, the joys of the English language! For the most part, a semi colon and an em dash are interchangeable — used to separate an afterthought (much like this one).

Just in case you wanted to know the full story, here is a more in-depth breakdown of each:

Commonly confused in its use (especially with the colon), the simplest way to describe the proper use of a semi colon is as a combination of a comma and a colon. Use a semi colon when you want to separate a thought that is being introduced by the preceding one. Just keep in mind that both these thoughts work together to give you the ultimate point of the sentence. A colon introduces something more direct, like a list.

This is what we’re telling you: colons are more direct.

The message has been received; thank you.

See how the colon gives you two separate clauses while the semi colon divides the same thought into two parts?

Another good use for a semi colon is when you have a list within a list. In this case, you would use the semi colon to separate bigger clauses and a comma for the points within those clauses, as follows:

I visited France, Spain, and Italy in Europe; New York, Toronto, and Chicago in North America; and Thailand, Vietnam, and Japan in Asia.

An em dash is used to separate a thought for effect, or to separate a thought or point amid other clauses in a sentence. If a sentence is already full of commas and semi colons, a dash can act as an isolator. Although, if you get to the point where you’re using all three, it’s probably best to break it up into multiple sentences.

An em dash is effective in separating the final thought of a sentence — as a punch line of sorts. See? Or if you want to make a dramatic point — like this.